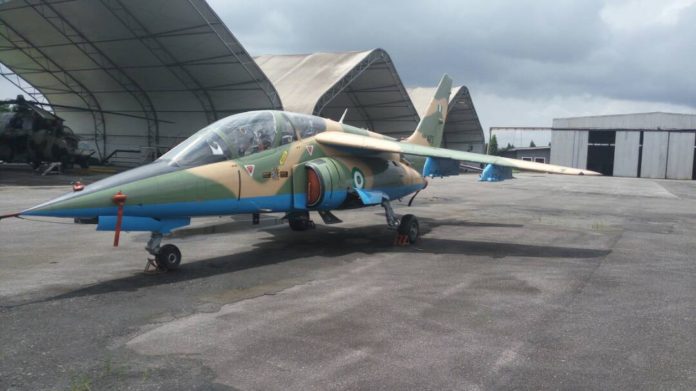 In line with its commitment to national peace and security, the Nigerian Air Force (NAF) has deployed some of its air assets, including the Alpha Jet aircraft, to its 115 Special Operations Group in Port Harcourt, to support the ongoing Nigerian Army’s Exercise EGWU EKE II (PYTHON DANCE II). The essence of the deployment is to provide the necessary air cover to the ground troops to enhance overall operational cohesion and efficiency.

It would be recalled the operation began officially on 15 September 2017 and was planned to cover the entire South East Region of the country. The wide expanse of the exercise area and the request by the Nigerian Army for close air support made the involvement of the NAF inevitable.

Exercise EGWU EKE II is aimed at combatting security challenges in the Southeastern part of the country. The deployment of the air assets in support of the Nigerian Army is thus in fulfillment of one of the constitutional mandates of the NAF.