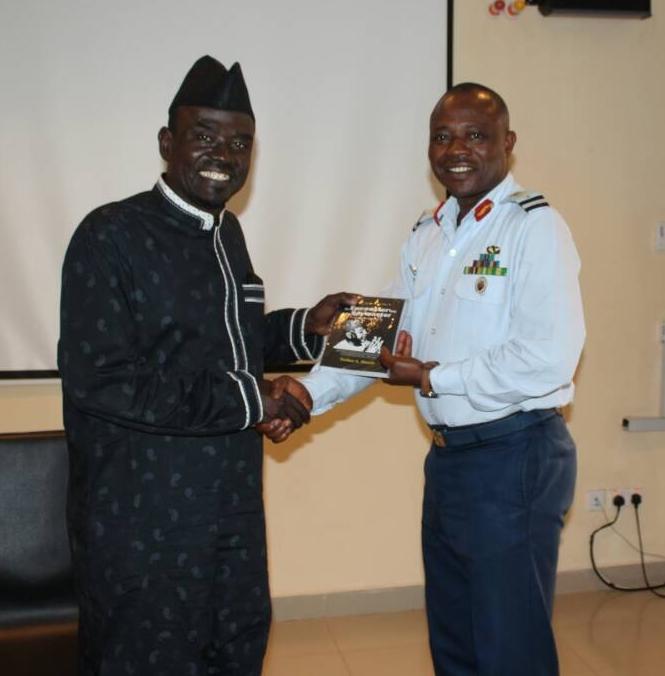 The Commandant of the NAFAWC, Air Vice Marshall J. K Baba made the disclosure at a lecture on Managing the influence of Social Media on Air Operation in Makurdi, the Benue State capital.

The Commandant who was represented by Air Commodore M. C. Nnaji, a Director at the College said the Air Force War Course 2/2017 commenced with participants drawn from the Nigerian Armed Forces, stressing that the participants were exposed to lectures covering a wide variety of topics to enhance their professionalism.

“It is in the light of this that the College found it necessary to invite distinguished scholars and practitioners to deliver lectures to the participants on Managing the influence of Social Media to form part of the socio-cultural studies Module of the course.

“The objective of the module is to enable participants to understand the sensibilities of culture and the social environment for operational effectiveness.”

Speaking on the theme of the lecture, the Guest Lecturer and expert in social media, who also doubles as the Publisher of PRNigeria, Yushau Shuaib said that military and security services should train and encourage officers and men to safely and accurately use social media to share worthy experiences and provide necessary information.

Shuaib said “Officers need to be aware of the need to be self-aware culturally, politically and socially to comprehend the intricacies of the social media as the modern tools for psychological warfare.

“Just as conventional warfare can be adequately tackled by the troops; the real battlefield is gradually shifting to the social media where enemies are using the platform to win the souls and minds of gullible target audiences.

“It is essential to realize that once we log onto any social media platform, as representative of our various organizations, we should be mindful of what we post or share that could be rightly or wrongly construed as the representation of the service.”

While providing the does and don’ts of engaging in social media, Shuaib warned that a slight click on a smartphone could, in few seconds, share a sensitive security information which could put the troops in danger.

“Some gadgets including laptops, phones and even camera can inadvertently reveal locations, security measures, troop movements and other sensitive security data to the detriment of Military operations.”

He said: “While many chief executives are wary of using the Social Media, Air Marshal Abubakar Sadiq has not only embraced the Social Media, he has used his Twitter account and that of the NAF responsibly and professionally in providing regular and necessary updates.

“The social media accounts have improved the visibility of Nigerian Airforce so much that the media and the public are aware of the NAF’s extensive capacity building programmes, enormous recruitment exercise, massive infrastructural Development, Corporate Social Responsibility activities and the video evidence of successful military operations, especially on aerial bombardments and interdiction of criminal elements and terrorists.”

The Nigerian Air Force Air War College (NAFAWC) was established on September 5, 2016 in Makurdi Benue state and graduated the first set of participants on Friday, May 12, 2017. The programme is aimed at re-positioning the Nigerian Air Force into a highly professional and disciplined force through capacity building initiatives.