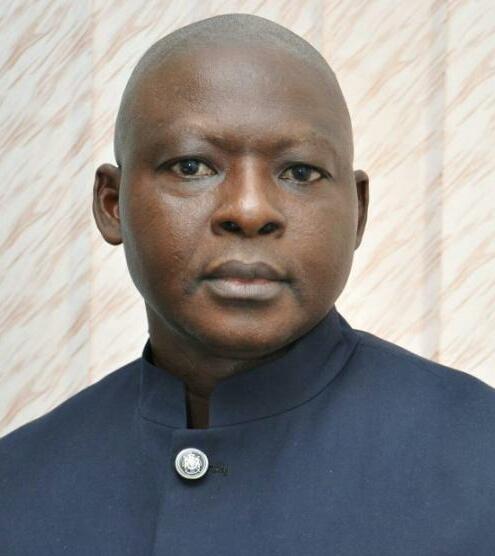 Bitrus Chinoko Assumes Duty as Acting DG of CMD
An Acting Director General for Centre for Management Development, CMD, has assumed duty at the head office of the organization in Abuja.
He is Mr Bitrus Danharbi Chonoko who hitherto was the Director of Administration and Human Resources of the CMD. He took over from Dr Kabir Kabo Usman whose two terms of four years each ended on Wednesday the 14th of this month.
The development follows a letter from the Presidency dated 22nd January signed by Mr Emmanuel Akissa, a Legal Adviser, for the Secretary to the Government of the Federation, which acknowledged the notice of Dr Kabir Kabo’s disengagement and directed him to hand over to the most senior officer in the centre in compliance with circular Ref. No. SGF.50/S.II/C.2/268 dated 4th December, 2017, issued and signed by the Secretary to the Government of the Federation,   Mr Boss Mustapha.
The handing and taking over ceremony held at the CMD’s corporate head office situated at Agadez Street, Wuse II, Abuja, was witnessed by the management and staff of the organization some of who praised the outgoing DG for his remarkable achievements and pledged to cooperate with the acting DG  to take the organization to greater heights.
Born in 1964 at Danko/Wasagu Local Government Area of Kebbi State, Bitrus Chinoko had his primary school education in Ibadan, Enugu and Zaria from 1970 to 1976, attended Government Secondary School Makarfi in Kaduna State from 1976 to 1981 and proceeded to Ahmadu Bello University, Zaria where graduated in 1986 with B.Sc in International Studies and Usman Danfodio University, Sokoto from 1995 to 1997 and passed out with an M.Sc Political Science.
From 1988 to 1991, he worked in the Sokoto State Civil Service as a Zonal Welfare Officer at the Ministry of Social Development, Youth and Sports; Deputy in Chief, Rehabilitation Centre for the Mentally Disabled Persons, Kware and Zonal Social Welfare Officer at Zuru Social Welfare Officer. With the creation of Kebbi State in 1991, Bitrus Chinoko, joined the new Kebbi State Civil Service and served variously as Press Secretary to the State’s Military Governor; Acting Deputy Director, Planning, Research and Statistics at the Ministry of Women Affairs; Press Secretary to Chairperson, Family Support Programme and Wife of the Military Administrator and Principal Social Welfare Officer (Planning) at the Directorate of Social Welfare, Office of the Executive Governor.
In September 2000, Mr Chinoko joined the Centre For Management Development and served at the General Services Division as Assistant Chief Planning Officer and later Chief Planning Officer before moving to the Corporate Affairs Division as Assistant Director and was promoted Director, Administration and Human Resources in 2011.
The new Acting Director General of CMD attended several courses on Management, Administration and Planning at home and overseas including Central Bank of Nigeria Research Methodology Planning and Policy Analysis for Economic Management Course in 1997, African Capacity Building Fund and World Bank in Kigali, Rwanda in 2011, a seminar on Public Administration for Civil Servants from African Countries at the Chinese Academy of Governance, Beijing, China, in 2012.
The Centre for Management Development which was established by the Federal Government  in 1973 is a parastatal of the Ministry of Budget and National Planning and is charged with the responsibility  of driving the vision, plans and programmes of the Federal Government.
Its core mandate includes Policy Making, Promotion and Coordination of Managerial Manpower Development, Accreditation and Registration of Management Trainers and Training Institutions,Management Advisory and Consultancy Services Reference Library for Management Development, Sponsoring, Promoting and Conducting Research into various facets of Management Development,Publishing Journals, Research Papers and Books on Modern Management.
The Centre Operates from its Head Office in Abuja and at the Six geopolitical Zones in Nigeria.
Abdulkadir Ahmed Ibrahim, FNGE.
Media Consultant to
Centre for Management Development, CMD.
Abuja: 15/02/2018. 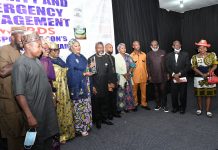 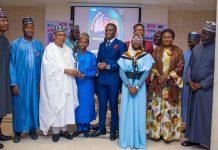 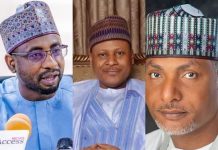