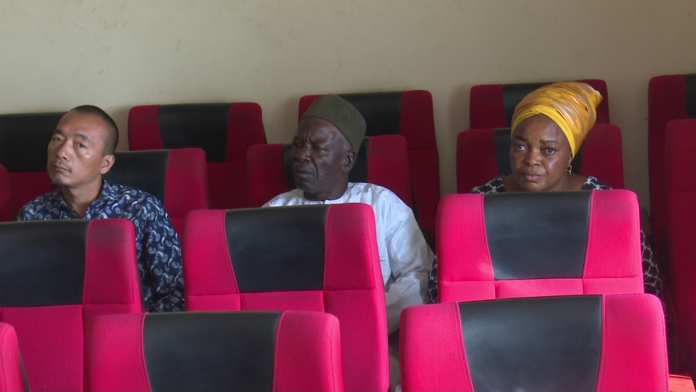 The Economic and Financial Crimes Commission today March 6, 2018 secured the conviction of a Chinese National, Ma Yongbin and two others, Abdullahi Obaka and Rose Ayaele before Justice J.K. Daggard of the Federal High Court sitting in Kano on one count of dealing in currency without authority.
The  convicts runs into trouble when the daughter to the first convict Ma Yongbin, was arrested at the Malam Aminu Kano International Airport while trying to board Egypt Air to  China by officers of the Nigeria Customs Service.  Upon her arrest, it was discovered that she was carrying the sum of N420,000 (Four Hundred and Twenty Thousand Naira Only) undeclared.
During investigation, Cao Xue daughter to the first convict  disclosed in her statement that she was transporting the cash on behalf of her father.
When the Yogbin was interrogated as to where he got the money, he revealed that he bought the money from the second and third convict, Abdullahi Obaka and Rose Anyaele. The duo were subsequently arrested at Lagos Street, Kano where they engage in buying and selling of Nigerian Naira without lawful authority.
Upon arraignment,  Yongbin and his co-defendants pleaded guilty and were accordingly convicted by the court.
The convicts entered a guilty plea based on plea bargain agreement with the prosecution.
After reviewing the facts of the case, Justice Daggard sentenced the convicts to six months imprisonment with option of N50,000 (Fifty Thousand Naira) fine each.
The court also ordered that the sum N393,000 (Three Hundred and Ninety Three Thousand Naira Only) be forfeited to the Federal Government of Nigeria while the remaining N27,000 (Twenty Seven Thousand Naira Only) be returned to the first convict.
Wilson Uwujaren
Head, Media & Publicity