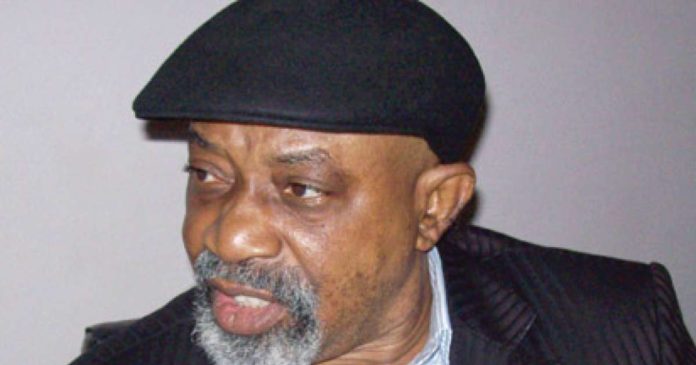 The efforts of the Federal Government at eliminating all forms of Child Labour in Nigeria received a boost today as the Federal Ministry of Labour and Employment took the campaign on National Reporting Template on Child Labour to the South-South geo-political zone.

According to him, “as you are aware, child labour presents a serious challenge at global and national levels and requires concerted efforts by all stakeholders to overcome. That is why the Federal Ministry of Labour and Employment over the years worked assiduously in collaboration with Developmental Partners and other Stakeholders to develop robust National Policies on Child Labour with a view to combat the menace.”

The Permanent Secretary who was represented by his Technical Adviser, Mr. Emmanuel Igbinosun emphasized that until recent times there was no National Reporting Template for proper monitoring, evaluation and data collection on child labour in Nigeria. “Today we are at the threshold of history as I present to you a National Reporting Template on Child Labour in Nigeria as validated by all stakeholders.” He stressed.

Furthermore, he said, the template will not only facilitate the generation of data but will also serve as a valuation mechanism to facilitate the identification of gaps in the implementation of multi-sectoral strategies and processes as well as provide the basis for proactive and remedial actions aimed at reducing or eliminating child labour.

Adebiyi added that the National Reporting for combating child labour remains one of the most pragmatic ways of harnessing the potentials and comparative advantages of the various stakeholder in order to make meaningful progress. He urged desk officers to without delay deploy the template for use in their respective states.

“This reporting template should, therefore, be deployed for use without further delay in your various States and Organisations. The Federal Ministry of Labour and Employment on our part will step up labour inspections in the 36 States of the Country and in the Federal Capital Territory.” The Permanent Secretary declared.

Earlier in his remarks, the Director Inspectorate, Mr. Solomon Ajibola affirmed the commitment of the Federal Government to the elimination of Child Labour in Nigeria. He disclosed that the sensitization workshop will take place in all the six geo-political zones of the country with South-West, North-West and now South-South already executed.

He further said that the workshop is an eye opener as participants will have a better understanding of issues on child labour. “I believe with the expositions from this workshop you will have a better understanding of efforts at eliminating child labour. Nigeria today has three key policy documents on child labour which is yet to be seen in some other key area of labour administration: we have National Policy on Child Labour, National Action Plan on the Elimination of Child Labour and the List of Hazardous work in Nigeria to guide labour officers in carrying out their duties.”