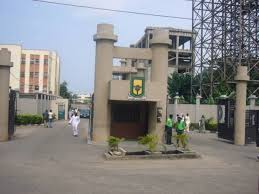 The African Centre for Media and Information Literacy (AFRICMIL), has called on the Minister of Education, Adamu Adamu, to urgently intervene and void the sack of a lecturer, Mr Joseph Akeju, whose appointment was terminated by the governing council of Yaba College of Technology (Yabatech), Lagos, for exposing corrupt practices at the institution.

Mr. Akeju, a Chief Lecturer in the Department of Accountancy at Yabatech was dismissed for seven years for using his position then, as bursar, to expose corrupt practices at the College.

Although he was recalled in 2016 after the Minister of Education gave the directive for his immediate reinstatement, Akeju who has worked for 31 years at Yabatech may be denied his entitlements due to the recent termination of his appointment by the college’s governing council, just a few days to his retirement.

In a letter signed by its Coordinator, Chido Onumah, AFRICMIL, a civil society organisation committed to creating awareness and advancing the safety of whistleblowers, said it was imperative for the Minister of Education to look into the case of Mr. Akeju as any step taken to deny him his entitlements as a patriotic and upright retiring public servant will spell doom for the fight against corruption.

AFRICMIL expressed sadness over Mr. Akeju’s predicament and urged the Minister of Education to protect the interest of the lecturer who had blown the whistle against corruption.

According to AFRICMIL, Akeju’s recent dismissal by the management of Yabatech was pure vendetta to prevent him from getting his entitlements.

“Mr. Akeju is due for retirement from public service on 20th of March, 2018, but the chairman of the governing council, in a glaring act of desperation, perfected a scheme to deny him a dignified and honourable exit with the purported dismissal,” the letter noted.

AFRICMIL described the dismissal of Mr. Akeju as “vengeful, malicious and unjust,” noting that the action of the governing council of Yabatech was unmistakably a retaliation for Mr. Akeju’s outspokenness on the mismanagement and lack of openness and accountability perpetrated by the current governing council.

AFRICMIL said the continuous intimidation of Nigerians who have chosen to expose corruption will not only be a setback for the anti-corruption fight, but will also make it difficult for anyone to blow the whistle.