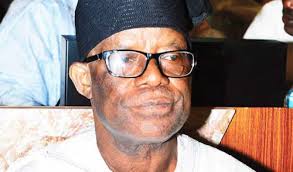 Niger Delta communities are urged to make the best use of oil palm processing plants being established by the Federal Government through the Ministry of Niger Delta Affairs in communities across the Niger Delta region for meaningful impacts in their lives.

The Minister of State for Niger Delta Affairs, Prof. Claudius Omoleye Daramola gave the advice at the inauguration and handing over ceremony of an Integrated Oil Palm Processing Pant at Umuehie community in Okwu Ikeduru Local Government Area of Imo State.

In the words of the minister: ‘’The huge investment by the Federal Government could only be justified if these facilities are guarded jealously and put into effective use such that will impact positively on the community through improved standard of living.’’

Prof. Daramola added that the establishment of an Integrated Oil Palm Processing Plant at Umuehie was pursuant to the Economic Recovery and Growth Programme (ERGP) of the Federal Government which will no doubt add value to the palm oil being produced at that community and its environs.

The minister added that that approach would encourage more farmers to venture into oil palm cultivation and expand the production of the commodity which is in line with Federal Government’s policy on economy diversification.

According to the Honourable Minister, at the modern oil palm processing plant, palm oil is hygienically processed to high quality standard for both local and international consumption; stimulation for the cultivation of more oil palm farms; earning of more income to farmers; reduction in drudgery and wastages; curbing youth restiveness and other social vices.

The plant has four major components: the factory building; the processing machines; the borehole with over-head water tanks and 60KVA generator set with 100KVA transformer.

The plant has the capacity to process one tone per hour of fresh oil palm fruit bunches. Other by products from the plant include: cracked palm kernel and palm kernel shell and fibre which can be used as a source of fuel.

The Spokeperson of the host community of the oil palm processing plant, Ikenna Okechukwu thanked the Ministry of Niger Delta Affairs for accepting to site the project in their community. He added that the factory would bring so much relief to their women from the traditional method of processing palm produce which is highly stressful.

Okechukwu also said that the factory would provide jobs for the people of the community.

In his words: ‘’As the factory is commissioned and handed over to the Umuehie community today, we pledge our preparedness and commitment to manage and sustain it for the economic empowerment of our people.’’

Speaking earlier at a courtesy visit on the Executive Governor of Imo State, Owele Rochas Okorocha, Minister of State for Niger Delta Affairs, Prof. Claudius Omoleye Daramola told the Governor that he was in the state to inaugurate and hand- over an integrated Oil Palm Processing Plant.

Prof. Daramola said that the plant would add value to what was being done by the state and the Federal Government to diversify the nation’s economy through agriculture.

The minister disclosed that the Skills Acquisition Centre being constructed in Imo State by the Ministry of Niger Delta Affairs would be completed and handed over to the state government.

Prof. Daramola also disclosed that modalities for sharing the ministry’s completed housing scheme to the less priviledged in Imo State had been sent to the Presidency for approval. He added that as soon as Presidential approval was received, the houses would be shared to those who need them.

In his remarks, the Executive Governor of Imo State, Owele Rochas Okorocha thanked the Minister of State for Niger Delta Affairs and his delegation for the courtesy visit and the inauguration of the Oil Palm Processing Plant.

Governor Okorocha said that Imo State Government was ready to partner with the Ministry of Niger Delta Affairs for better project conceptualisation and implementation for the development of the Niger Delta region. He also requested that the Federal Government should establish more projects in Imo State in view of its role in the formation of the President Buhari led administration.

The Governor requested that there should be better representation of Imo State indigenes in empowerment training programmes being organised by the Ministry of Niger Delta Affairs.

Okorocha also requested that the Ministry of Niger Delta Affairs should complete the Skills Acquisition Centre in Imo State and hand it over to the state government.