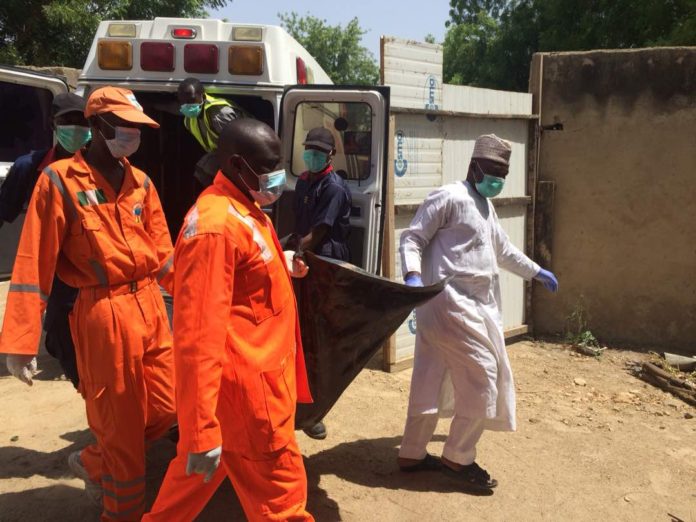 Today being 04/05/2018 at about 12.04am, four suicide bombers detonated IEDs strapped to their bodies in Mainari Kanuri and Mainari Shua villages in Konduga LGA.

Three of them detonated the IEDs killing themselves only, while the fourth person killed herself and three others.

Seven other persons were injured and have been evacuated to the hospital. Security has also been beefed up in the area and all around Maiduguri Metropolis.

Also, yesterday being 03/05/18 in Bama, a suicide bomber was sighted by security agents and was promptly neutralized. No casualty was recorded.

The Commissioner of Police, CP Damian Chukwu assures the general public of the commitment of the force to continue  to protect lives and properties.

Meanwhile, arrangements have been put in place to ensure a hitch free Jummat prayers throughout the state.