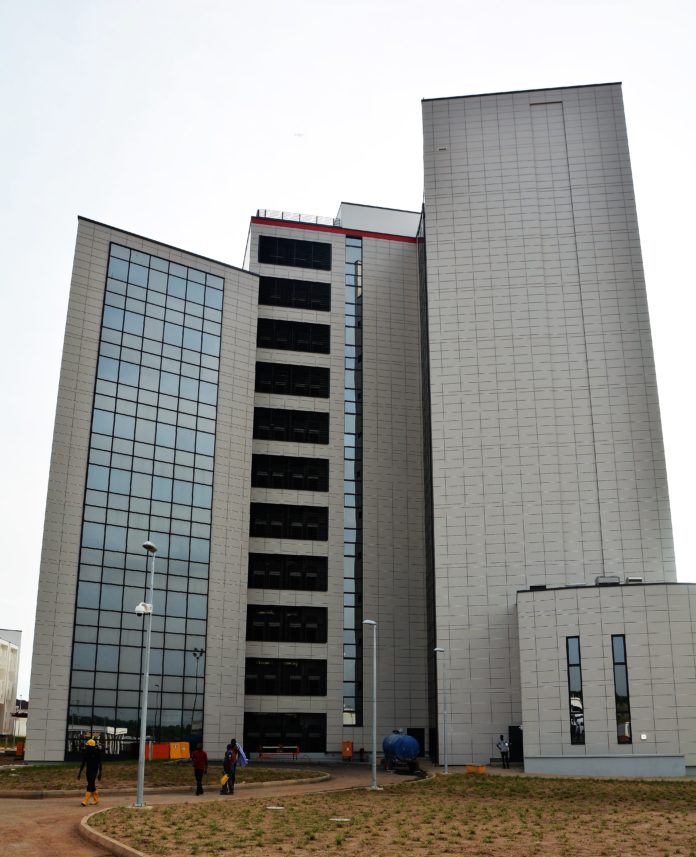 The Senate President, Senator Bukola Saraki, on Tuesday, May 8, 2018 commended the quality of infrastructure put in place at the new head office of the Economic and Financial Crimes Commission, EFCC, describing the edifice as the best one can get anywhere.
“I don’t think any project has been funded like this in Abuja. The facilities have been impressive. The structural work and level of finish is satisfactory, and considering the important role the EFCC plays in the fight against corruption, I think the agency deserves the best”, he said.
Saraki gave the commendation while on a working visit to the EFCC permanent site located at Airport Road, Jabi, Abuja.
He commended the Commission for its efforts in the fight against corruption and called on all Nigerians including the international community to give their support in order to salvage the future of the country from the cankerworm.
Saraki said he was satisfied with the progress of the work being undertaken by Julius Berger as well as the local contractor, and pledged to support the Commission in whatever way he could.
The Senate President called for the strengthening of the institution and cordial relationship among all organs of government for it to succeed, since the cardinal objective of this administration is to fight corruption.
He noted that the National Assembly had played a role towards the successful completion of the project, adding that it would continue to give support to the Commission for it to win the war against corruption.
Saraki was accompanied by Senator Godfrey Chukwuka Utazi, Chairman, Senate Committee on corruption and Senator Baba Kaka Garbai.
The entourage toured the various facilities at the site, including the Northern and Western Wings of the building, Forensic building, Clinic, Detention and Security facilities, and the Power Generating Unit.
Ibrahim Magu, Acting Chairman, EFCC, while appreciating Saraki and his entourage, said the project wouldn’t have been a reality without the support of the legislators.
Wilson Uwujaren
Head, Media & Publicity
May 8, 2018