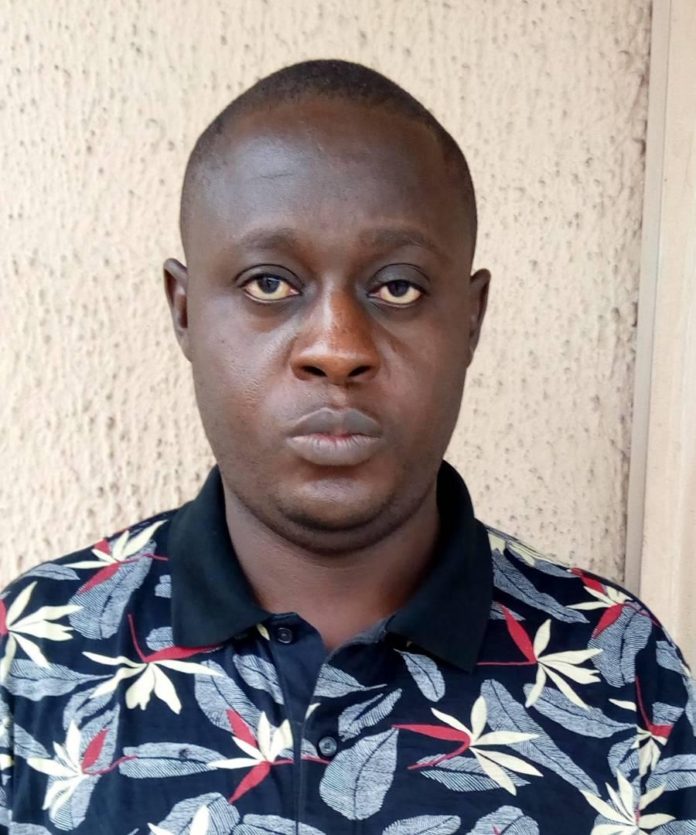 EFCC Arrests Fake Pastor over N1.8BN Contract Scam
Operatives of the Economic and Financial Crimes Commission, EFCC, in the Port Harcourt’s Zonal Office, have arrested a fake Pastor, James Ezekiel for defrauding an unsuspecting victim the sum of N1, 330, 000.00( One Million, Three Hundred Thousand Naira only) by deceiving him to enlist as one of the “financiers” of a spurious contract in the sum of N1,800,000,000.00( One Billion, Eight Hundred Million Naira only).

Ezekiel, a purported “Presiding Pastor of One Touch Power Ministry” , Agudama, Epie, Bayelsa State, allegedly claimed to have won a contract for the roofing of a church cathedral belonging to the Salvation Ministries in Port Harcourt, Rivers State. He reportedly put the contract sum as N1,8,000,000,000.00 and showed a contract award letter to his victim. He also wooed his victim to collaborate with him as one of the “financiers” of the contract. He allegedly promised the victim mouth- watering interests on his ” investment.”

Troubles came for Ezekiel when the victim demanded a repayment of his money with the interests. EFCC’s investigations showed that Ezekiel delayed making payments to his victim by deceiving him that he had been paid the sum of N800,000,000.00( Eight Hundred Million Naira only) as mobilization fees for the contract but could not access the funds because ” his company’s account had been frozen by the EFCC”. He also contrived a fake EFCC’s e-mail message notifying him of the freezing of the account. The victim sensed foul play and petitioned the EFCC.

Further investigations showed that the Salvation Ministries did not award any contract to Ezekiel and no transfer of N800,000,000.00 was made into his company’s account. Besides, the e-mail address he ascribed to the EFCC does not belong to the Commission. The suspect allegedly initiated the scam to fraudulently obtain money from the petitioner and other unsuspecting members of the public.
The suspect is in the custody of the EFCC and would be charged to court soon.