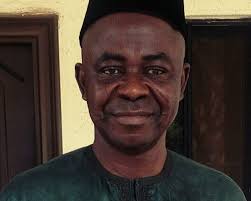 The Minister made this known recently, at the 4th Inaugural Lecture of the Kogi State University Anyigba, with the theme “Accounting for public Funds; the Leviathan of Government Bureaucracy”.

Ocheni further said, Public Funds is “Money generated by government to provide goods and services to the general public” noting that the funds of every political division of a state wherein taxes are levied for the general public enhances revenue generation, improve export trade and promote economic growth and development of the nation.

He pointed out that; the Nigerian Public sector is faced with wrong practices such as corruption, embezzlement of public funds, making effective service delivery through accountability and transparency of public funds a difficult task.

Ocheni emphasized that, to attain the expectations of the general public on good governance and efficiency in the provision of goods and services; the federal government has initiated various reforms to curb some of the menaces of misappropriation of public funds which is also aimed at strengthening accountability and transparency in governance funds; these include Treasury Single Account (TSA), Integrated Payroll and Personnel Information System (IPPIS), International Public Sector Accounting Standards (IPSAS), GIFMIS, Economic Reforms and Governance Project (ERGP) amongst others,

Earlier in his remarks the vice Chancellor of the Kogi State University, Prof Mohammed Sanni fhsn, mal commended the Minister on his achievements and said that the inaugural lecture provides an opportunity to recognize and celebrate the achievements of professors who are undertaking research and scholarship of international standards, “Don’t tell me you are a professor, demonstrate to me that you are one” by presenting inaugural lecture. He concluded.

The inaugural lecture was attended; by people from all walks of live, amongst the dignitaries present at the event were Hon, Minister of State for Education, Prof Anthony Gozie Onwuka, Chairman Federal Character Commission Alh. Abba Gana the Chief of Staff to the Governor of Kogi State, Mr.  Edward Onoja, who represented the Governor, Secretary to the State Government Folashade Arike, senior Lecturers of the University and traditional rulers from the State.