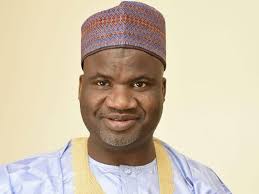 As part of its resolve to ensure adequate geosciences data that would attract investors to the sector, the Ministry of Mines and Steel Development (MMSD) has presented letters of engagement to 11 tertiary institutions.

Presenting the letters to the beneficiary institutions today, July 5, 2018 the Minister of State, Mines and Steel Development; Hon. Abubakar Bawa Bwari said one of the critical success factors for the mining sector is constant collaboration between government, industry, academia and technical partners to support geosciences data collection.

He said for the Ministry to succeed, it is important to collaborate with stakeholders whose knowledge of the sector would make the journey on the road to shared mining prosperity faster and more productive.

“In the last two and a half years, this ministry has established a consistent pattern of engaging and listening to stakeholders in order to secure their inputs into policy formulation and implementation,” he reiterated.

The Minister said Nigeria suffers from lack of adequate geosciences data, especially bankable data that major mining companies need in order to invest in the sector. Since there can be no mining without data, he noted that the present administration has made data generation, retrieval and storage a priority and has continued to invest hugely in the area.

He revealed that N84 million would be shared by the 11 engaged universities for research development in various areas relating to mapping and evaluation of particular mineral deposits. He believed that the engagement would no doubt increase the fountain of geosciences data available for investors.

Hon. Bwari said the 11 Universities were engaged and given grants on the basis of the merits of their research proposals and potential value to the growth and development of the sector as submitted in response to the advertisement published by the Ministry.

“In order to ensure professional probity, the Ministry arrived at the decision based on the submission of five (5) eminent professors, including the former president of Nigeria Mining and Geosciences Society, Prof Olugbenga Okunlola, who evaluated the Research methodology for the Steering Committee on Research Collaboration with Nigeria Tertiary Institutions,” he further explained.

The Minister stated that the engagement is the first in the series and with the signing of the 2018 budget, the second phase of the collaboration would commence as soon as possible. “In the future, we intend to increase the amount available for each research while further narrowing the areas of interest in order to deepen the actualization of the mandates of our Roadmap,” he added.

While urging the recipients to stick to their terms of reference and ensure prompt delivery within the next six months, he called on other tertiary institutions to join the Ministry in the collaboration so as to ensure that Nigeria gets a befitting place on the World Mining Map.

In his remark, the Chairman, Steering Committee for Research and Development between MMSD and Tertiary Institutions, Prof. Olugbenga Okunlola, said the concept of research and development in any developing economy is very important and cannot be ignored. He saw the collaboration between the Ministry and the tertiary Institutions as a step in the right direction.

He said 15 Universities submitted proposals in response to the advertisement from the Ministry, “it was an open advertisement that was allowed to run for about three (3) weeks, universities were advised to submit proposals and the steering committee of eminent professors, looked at these proposals diligently, one after the other without biased.”

“We have criteria, we looked at those that were relevant to the Road Map and agreed with what we want to see in the sector, we also did individual assessment and awarded marks, the first 11 universities that qualified got over those thresholds and were given the chance,” he further explained.

Prof. Okunlola noted that the initial grants may not be really big for doing research but he reasoned that it was the first in the series as he believed that the engaged universities would run with it. He informed the institutions that there would be a peer review exercise to look at all the deliverables as he reminded them that their initial grant is to last for six (6) months.

Earlier in his opening remarks, the Permanent Secretary, Dr. Abdulkadri Mu’azu said the event was unprecedented and of fundamental significance to the growth of the sector. He said the government is committed to using the solid minerals and mining sector as a frontier to diversify the economy.

Speaking on behalf of the benefiting institutions, the Vice Chancellor of Ibrahim Badamasi Babangida University, Lapai, Niger State, Prof Nasirudeen Maiturare appreciated the opportunity given to them and promised to surpass the expectations of the Ministry in delivering the assignment timely.