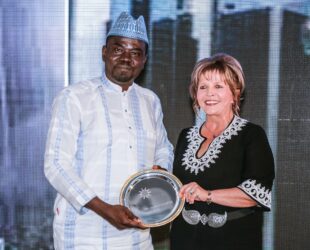 The awards instituted by the International Public Relations Association (IPRA) recognise most outstanding PR campaigns across the globe.

While the Nigerian Airforce won the Crisis Management category of the award for its counter-terrorism campaign, the Central Bank of Nigeria bagged Crisis Communication award for deploying social media to counter rumours on a fire incident at its headquarters.

The campaigns by the two Nigeria’s organisations were coordinated in collaborations with the Image Merchants Promotion Limited publishers of PRNigeria and Economic Confidential.

Previous winners of the Golden World Awards from Nigeria included the Nigeria Prison Service, the Centre for Crisis Communication and Office of the National Security Adviser. All the awardees had also received African Public Relations awards on Superior Achievement in Branding, Reputation and Engagements (SABRE) 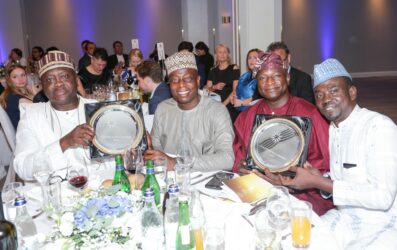 Speaking at the event, the IPRA President, Svetlana Stavreva said the 2019 awards are the world’s most diverse, fierce and creative PR Competition, showing how global professional are setting new standards for meaningful communication.

She said “A Panel of International Jury from 23 countries shortlisted the finalists online in the first round while another Panel of Judges convened in London to select the eventual winners on a single intensive workday using IPRA’s custom-built GWA system.”

While receiving the award on behalf of the Nigeria air force, the Chief of Administration, AVM Kingsley Gompen Lar and Director of Public relations, Air Commodore Ibikunle Daramola acknowledged the foresight of NAF leadership in repositioning the service into a highly professional and disciplined force that is well respected at home and abroad.

The PRNigeria founder, Yushau Shuaib commended the organisers of the award for recognising PR campaigns from Nigeria among the winners of Golden World Awards in the last four years.

“The awards demonstrate the need for communicators to always adhere to ethical standards, promote best practices and ensure transparency in PR campaigns through deliberate plans of action,” Shuaib said.

About 30 countries across the continents were represented at the award. While government agencies in Russia, United Kingdom, Turkey, China, UAE, Saudia Arabia, Indonesia and Norway received awards at the event, majority of the campaigns were coordinated by PR agencies.

Book and Documentary on Late Army Chief, Ibrahim Attahiru out on Saturday

On Kashifu’s Strides and NITDA’s Impacts