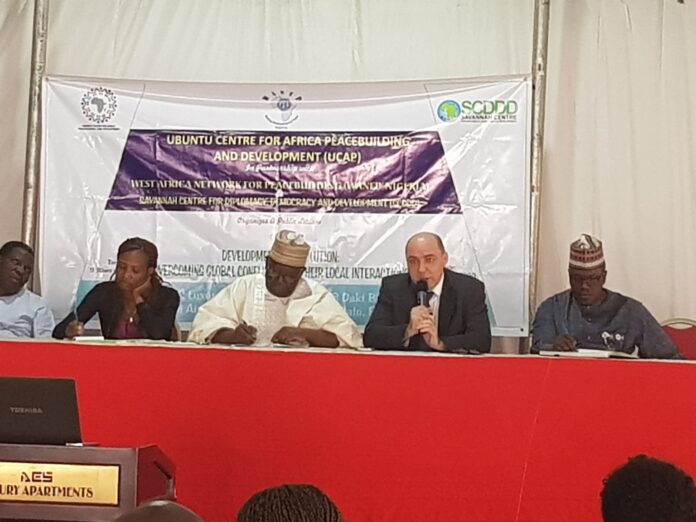 To effectively tackle Nigeria’s security challenges which has given rise to agitations for state policing, Nigeria must go back to reports from the National Conference (Confab) held in 2014, former Minister of External Affairs, Amb. Ibrahim Gambari, has said.

About six years after the conference, there has been calls by stakeholders, experts and atavists, for adoption of the reports from the conference to tackle challenges facing the country.

Gambari, opined that in the face of growing insecurity, killings across the country and loss of confidence in the security architecture, it was important to adopt the many recommendations provided at the 2014 conference which can be used to re-structure policing and promote synergy among police at all levels.

The former minister made this suggestions on Wednesday in Abuja during a public lecture titled: ‘Development Resolution: Overcoming Global Conflicts and their Local Interactions’, organised by Ubuntu Centre for African Peacebuilding in collaboration with West African Network for Peacebuilding (WANEP) and Savannah Centre for Diplomacy, Democracy and Development (SCDDD).

“There is lack of confidence in the current arrangement, the evidence is that people are being killed everyday. There were recommendations at the 2014 National Conference. We better go and look at it and see how we can have a structure that will take up to the local, to the state and to the national police that will work together and not one at the expense of the other”, he said

According him, attacking Violence Extremism and terrorism, needs the cooperation of local communities.

“You need intelligence and to get it you need to become friends and partners of the local community, but when there are human rights violations, you are afraid of the security, you can’t get that kind of cooperation”, he said.

He also stressed that even as Nigeria is striving to achieve peace, putting in place infrastructures for development will be important because peace development will not be a sustainable means of livelihood.

“Even if you have peace, you can’t eat peace, peace is a necessary condition but not a sufficient condition for development, because you must have a means of livelihood.

“How do you build employment opportunities, how do build educational system that emphasis entrepreneurship, in order words job providers not job seekers . How do you provide infrastructure for people to invest, how do you encourage local investment”, the former minister queried.

While delivering the lecture, Mr. Marek Hrubec, spoke extensively on the four periods of time since independence in Africa and called in the need for Africa to develop it’s own in the aftermath of the colonial era other than the popular Chinese model.

Hrubec who is the Director, Centre of Global Studies, Institute of Philosophy, Czech Academy of Sciences, said the Chinese model was attractive, transformed infrastructure and lifted millions out of poverty, stressing that Africa needs its own model governed by its own experiences, goals and objectives.

He opined that the model should not just be indigenous to the African culture but should be able to tackle poverty, because according to him, 40 percent of the global poor live in Africa especially sub-Saharan Africa.

Meanwhile, a participant at the lecture, Mr. Ayi Joseph, stressed that poverty, hunger and ignorance fuelling conflict and insecurity and stalling development. He noted that Nigeria has a significant number of poor people who are vulnerable to be used as instrument of conflict.

To this end, Joseph, said in addressing insecurity, Nigeria must develop strategies to reduce poverty and hunger.

To this end, Wahab urged Nigeria not to rely entirely on neighbouring countries which according to him do not have the wherewithal.

He however, stressed that collaboration among security agencies was also key.