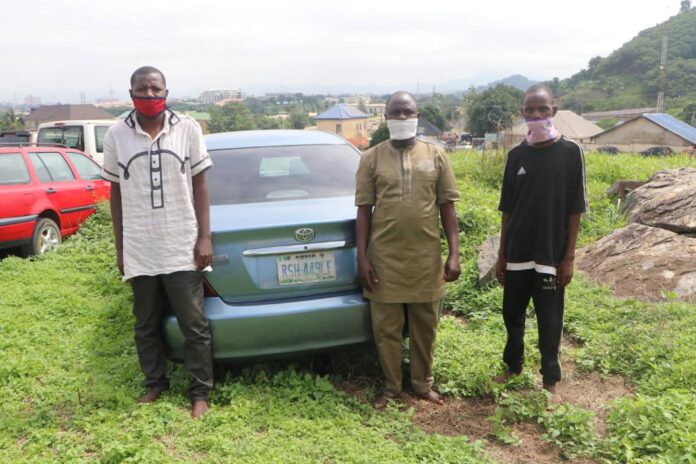 The FCT Police Command has arrested three suspects linked to the gruesome murder of late Sunday Chukwujekwu Ike ‘m’, owner of Suncell Pharmacy Gwarinpa and Publicity Secretary of Association of Community Pharmacists of Nigeria (ACPN), who was killed at his shop on 19th June, 2020.

2. This major milestone in the investigation has also led to the recovery of the deceased’s Huawei phone and his Sky blue Toyota Camry car, which were robbed by his assailants.

3. The three suspects in police custody were arrested on 12th July, 2020 at Lafia in Nasarawa State and Jos, Plateau State, after a painstaking investigation by operatives of the Command Special Anti-Robbery Squad (SARS).

5. Efforts are being intensified to arrest the leader of the gang who is at large.

For: The Commissioner of Police