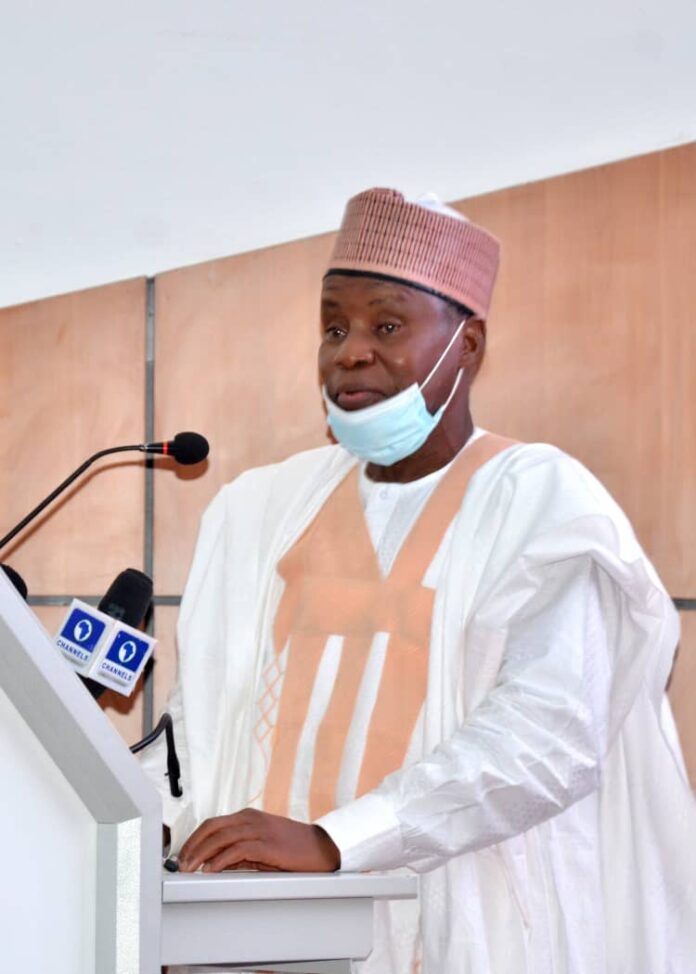 Minister Inaugurates Panel on the Reform of Defence, Armed Forces

The Minister of Defence Maj Gen Bashir Salihi Magashi has inaugurated a 21- man Committee to facilitate the Reforms of the Ministry of Defence and the Armed Forces of Nigeria. (AFN).

Inaugurating the committee at the Ship House, Headquarters of the Ministry of Defence general Magashi (rtd) gave 10 – points Terms of Reference as contained in the Convening Order.

He told the committee to address the perceived administrative and Operational gaps in the Military Sector which he said must be refined and clearly defined in compliance with the current globally acceptable 21st century standards.

The Minister of defence further tasked the Committee under the chairmanship of Air Vice Marshal Mohammed Ndatsu Umaru (rtd)to see their assignment as Patriotic calls to National service and the need to play their roles in defence of the country’s territorial integrity against the infractions of the insurgents, bandits and kidnappers.

He said the Commander-in-Chief of the Nigerian Armed Forces President Muhammadu Buhari is optimistic that the recommendations of the Committee at the end of their assignment will drive his campaign promise to return the Military to its rightful place of global reckoning.

In his opening remark the Permanent Secretary Ministry of Defence Musa Istifanus described the composition of the membership of the Committee which has Air Commodore DE Abdullahi (rtd) as Secretary as carefully selected and balanced to meet national representation and aspirations capable of delivering on their mandates.

In his inaugural remark the Chairman of the committee Air Vice Marshal Mohammed Ndatsu Umaru (rtd) assured the Minister of Defence that members will bring their huge experiences and expertise to bear in the discharge of their assigned task .

AVM Umar said team work, dedication and commitment will be their watchwords within the ambit of national realities.

Also in the Committee are Professor AS Nwakwo, former Provost of the Nigerian Defence Academy, Director Joint Services (JSD) Mrs OM Mustapha and Director Reforms Mrs Ochida Ahubi Suzan as representatives of the Ministry of Defence (MOD). Former Permanent Secretaries of Ministry of Defence who made the list include Alhaji Aliyu Ismaila, and Ambassador Danjuma Sheni.

Signed;
Mohammad Abdulkadri Special Assistant to the Minister of Defence (Media and Publicity)
15/02/2021.