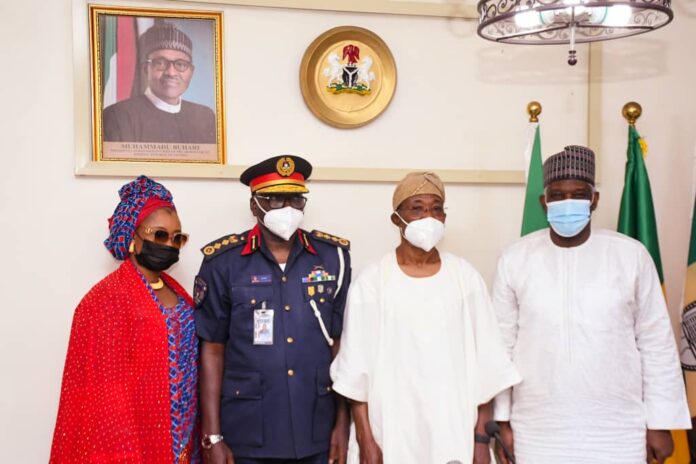 The new Commandant-General (CG) of the Nigeria Security and Civil Defence Corps (NSCDC), Dr. Ahmed Abubakar Audi, has promised to reposition the Corps for it to surpass the dreams and expectations of the agency’s forebears.

He disclosed this after he took over from Hillary Kelechi Madu, the immediate-past Acting CG.

Delivering his inaugural speech at the NSCDC Headquarters in Abuja, Audi, said he will soon establish a formidable Women Corps that will compete favourably with their male counterparts in training, tactics and efficiently in service delivery.

According to him, the Agro-Rangers Unit, which is the latest addition to the mandates of the Corps will be repackaged and rebranded.

“We shall fortify the rangers with adequate training and re-training programmes to key into the agenda of President Muhammadu Buhari to ensure food security and banish hunger in the country, by protecting and securing farmers and their investments from incessant attacks by bandits, cattle rustlers, terrorists and other criminals,” said the NSCDC boss.

Dr. Audi, who promised to invest heavily in human capital development, noted added that he will surround himself with a team of experts, professionals and a think-tank that will spearhead the digitalization process of the Corps.

Madu, in his valedictory speech, extolled the leadership qualities of his successor, urging him to be cautious of officers and men who he described as ‘praise singers’.