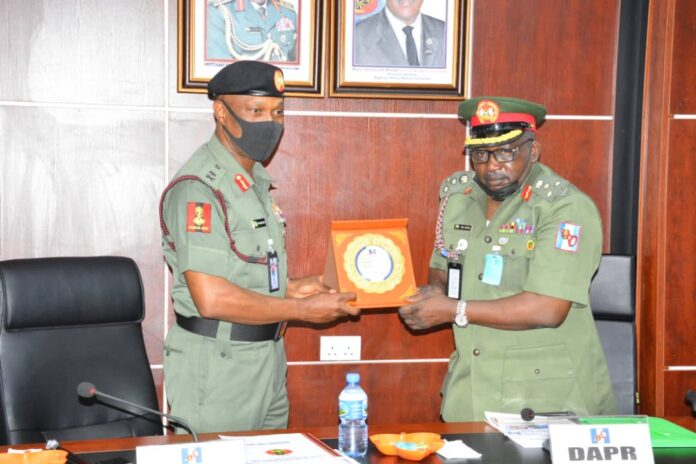 The COAS who was represented by the Chief of Policy and Plans (Army), Major General Ben Ahanotu, stated that the workshop is necessary in view of the myriads of security challenges the country is facing. This he said requires proactive and effective media handling, stressing that dominating the media space is a step towards defeating adversaries.

He urged Public Relations Officers to remain proactive and conscious of their responsibilities as image makers of the Nigerian Army. He however noted with regret the negative narratives orchestrated by some unpatriotic elements intended to diminish the efforts and sacrifice role of the Nigerian Army.

He used the medium to call on public relations officers to further enhance their conflict sensitive communications skills in order to build mutual trust among the civil populace.

Earlier in his welcome address, the Director Army Public Relations, Brigadier General Mohammed Yerima stated that the training was aimed at enhancing the capacity of public relations officers in the field.
He called on the participants to take advantage of the workshop to improve on their media management skills.

The workshop which was facilitated by the Abuja-based Centre for Crisis Communication was attended by Principal Staff Officers from the Army Headquarters, Directors of Information from sister Services and para military agencies, media executives among others.