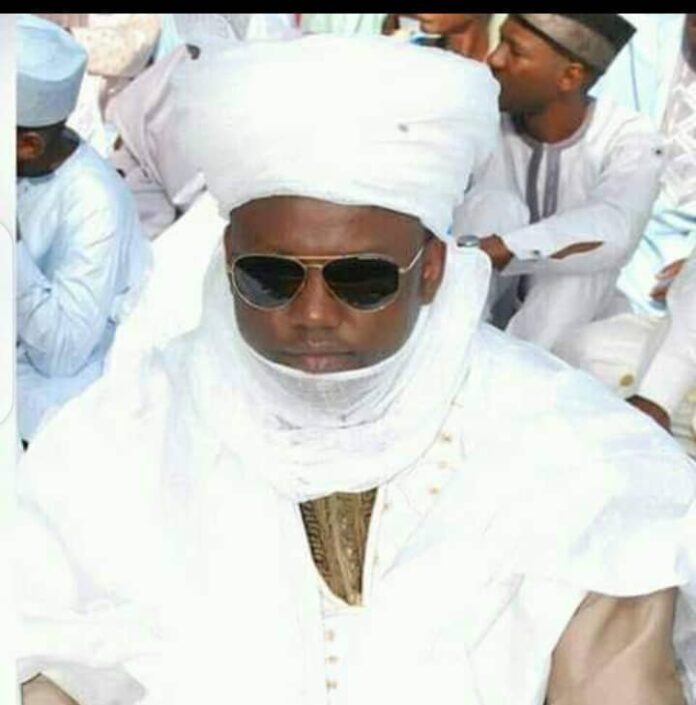 Troops of the Nigerian Army and men of the Nigerian Police Force in the Kontagora local government area have eliminated no fewer than 7 bandits, in a dense forest in the outskirt of the town.

PRNigeria gathered that Lt. Colonel T.O. Olukukun, the Commanding Officer of the 311 Artillery Regiment, and Police Commander Haruna Adamu Swapo led their troops from different axes in a coordinated operation.

The bandits were fleeing after they invaded the farm of Mai Sudan (Emir) of Kontagora at Masuga village, and killed Prince Bashir Namaska, a son of the Emir yesterday.

However, a battalion of troops and policemen, deployed for a ‘swift response operation’, pursued the bandits to a thick forest, before they shot and neutralized some of them.

The rest, however, escaped with gunshot injuries. One of the injured bandits captured by troops who later died could neither speak Hausa nor English, but Fulfulde, a foreign dialect, PRNigeria learnt.

The bandits who attacked the Kontagora Emir’s farm that led to Prince Namaska’s death came through a large expanse of land, which belongs to the Nigerian Army.

A top security officer told PRNigeria that the massive land, spanning about 40 kilometres in length and not fully utilised or occupied by the military harbours camps of armed bandits terrorizing Niger State. The bandits established their camps at Matan Kari, Fagai, Ozowo, Bihima and Kan Libo, among other mountains inside the army land.

The intelligence source said: “The camps are mountainous areas, within the massive hectare, where the criminals first gather their abducted victims, before moving them to Kaduna, Zamfara and the other Northern States, via forests’ paths.

“They are also being used by bandits operating within the axis to congregate herds of rustled cattle, before ferrying them beyond the State’s borders.

“The ‘flat and levelled surfaces’ on top of the mountains is where a yet-to-be-identified private helicopter often allegedly sighted by local people.

“The huge army land, which starts from the military Barrack in Kontagora town, extends over to the Mai Guge community, in Mariga local government. It is almost 40km in length.”

Another seasoned intelligence officer working for a security agency in Kontagora, who declined to give his name, said “the unfenced and porous’ army land is the reason why over 500 bandits have been having a field day invading communities, and wreaking havoc, across parts of Niger East.

“The aircraft from Nigerian Airforce (NAF) should therefore be despatched to bomb the areas because innocent citizens don’t longer live within the vicinity of forest that has been left fallow over the years by the military.

“As you may be aware the bandits’ camps also served as escape routes for the criminals when other security personnel are mobilized for counter and rescue operations. As I am talking with you right now the bandits and the rustled cows are in identified locations”

A top military officer Abuja has confirmed that the Nigerian Army and the Airforce are working assiduously on new strategies to tackle the menace of banditry in Niger state.

“The Nigerian military is making efforts to conduct operations that will hunt every criminal in that forest,” the officer who pleaded anonymity said.

Meanwhile, Governor Abubakar Sani-Bello in a condolence message, described the death of the Prince as heartbreaking and devastating, condoling with the Emir and the people of Kontagora Emirate over the loss.

Sani-Bello in a statement by Mary Noel-Berge, his Chief Press Secretary, noted: “As painful as the death is, the situation will only spur my administration to ensure that the fight against banditry in the state is won. My deepest condolence goes to the Emir and the people of Kontagora Emirate as this is indeed a great loss but we should all be consoled by the fact that it is a necessary end for all mortals”.

The Governor prayed God to forgive all the shortcomings of the deceased and grant them Aljannah Firdausi as well as give the Emir, people of the Emirate, and close associates the fortitude to bear the loss.

Late Bashir Namaska was reported to have been killed along side others by bandits at his Father’s farm at Masuga village, on Kontagora-Rijau road, Thursday evening.

Born in 1979, the deceased was among many sons of the Emir of Kontagora.

He served Kontagora Emirate in many capacities among which were the District Head of Kontagora1 and Sardaunan Kontagora, the positions he held until his demise.

He was also the Director-General, Niger State Public Procurement Board between 2013 and 2015 where he contributed immensely to the growth and development of the state.