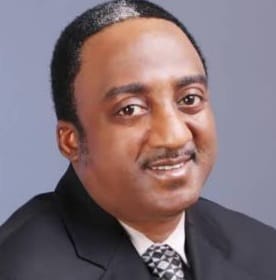 Insecurity: ‘Nigeria on its Knees Under Buhari’–Gabam, SDP Scribe

The National Secretary of the Social Democratic Party, SDP, Shehu Musa Gabam, said that while seeking for power, President Muhammadu Buhari, made several campaign promises on tackling Boko Haram and insecurity generally, prior to the 2015 general election.

But six years down the line, things have become worst under his watch as President.

Speaking with PRNigeria, Gabam said his political party, like several other well-meaning Nigerians and groups, severally cautioned President Buhari on his governance style.

He added that as President, Buhari is not expected to take decision with a mix of sentiments, and emotions, together with ethnic and tribal considerations.

“It doesn’t work. The system will collapse inevitably,” he said.

He also controverted several claims by the federal government that it is on top of the security challenge bedevilling the country.

Gabam, strongly maintained that nothing is happening. He asserted that the country is almost on its knees, as a result of pervasive insecurity.

He said that though the government is not hapless and incompetent as far as tackling all kinds of security threats is concerned, it lacked the willpower to address insecurity.

The SDP scribe noted that any president, governor or leader anywhere in the world that lacks the will to take decisive decision at a time, provides avenue for things to deteriorate.

He said: “Nigeria has the capacity in terms of security to deal with the challenges that we have right now. But there is the lack of will, lack of commitment to use the intelligence that has been generated effectively and efficiently to handle the situation.

“There is the lack of deterrence. Of course, when there is no will, there will be no deterrence. We are in a country where non-state actors have hijacked the country as if it is a banana republic.”

Gabam, expressed dismay over the fact that students are frequently kidnapped by bandits, and cannot be traced, despite government spending massively to acquire latest weapon and surveillance equipment.

According to him, if Buhari had used the goodwill of the masses, together with the enormous intellectual capacity and vast experience of some people in leadership, the country will not have found itself in a mess.

He stressed that Nigeria needs a decisive leader to rescue and stabilize the nation.