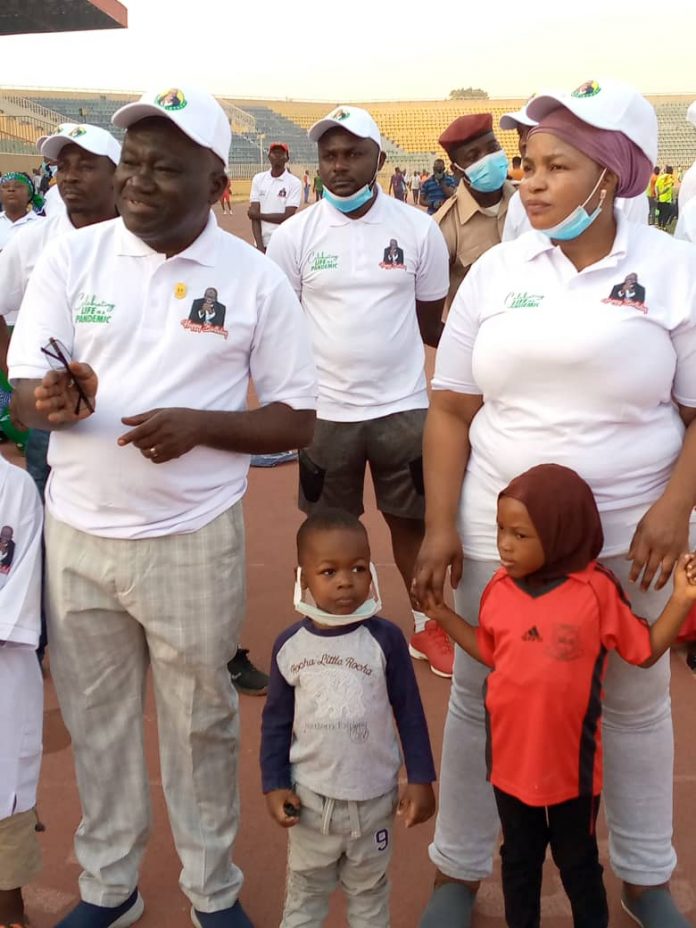 Mr lssa Aremu, the Director-General of the Michael lmoudu National lnstitute for Labour Studies (MlNlLS), has charged African Leaders to embrace the spirit of unity and forgiveness among one another for more developments to be attained in the continent.

Aremu gave the charge at the Kwara Stadium Complex in llorin on Saturday while speaking with newsmen during a Cycling event in commemoration of his 61st birthday.

The DG noted that no meaningful development could be achieved in Africa when African leaders are not united and forgive one another when there are differences.

Aremu who said he dedicated his 61st birthday to the first black Archbishop, late Desmond Tutu, urged Africa leaders to learn from the late Tutu to put an end to bitterness, acrimony and other negative tendencies capable of retarding the growth and development of the continent.

“There cannot be a better future for the continent without forgiveness, unity, peace and progress,” he said.

He called on Nigerians to further rededicate themselves to nation building for more development to be achieved in all sectors of the economy.

The DG advised Nigerians to support President Muhammad Buhari’s effort towards the actualization of the new National Development plan which will take place between 2021 to 2025.

“Conflicts are inevitable among us but let’s rally around the new National Development plan for the Nigerian project to attain greatness,” Aremu said.

The DG who described Kwara as one of the first generation states in Nigeria, urged the people of the state, particularly politicians, to eschew bitterness, anger and acrimony and come together to further develop the state.

The DG, appointed as the 5th DG in May 2021, expressed his gratitude to President Buhari and the Minister of state for Labour, Festus Keyamo, the Chairmañ of the Governing council of the lnstitute, Frank Kokori, over his appointment.