The Board of Directors of Skye Bank Plc has announced the elevation and appointments of four new Executive Directors to The Board as part of the overall efforts to uphold the very high standards and tradition of professionalism which have become the Bank’s driving force for service excellence and leadership.
The new Executive Directors are Mr. Bayo Sanni, Executive Director, Lagos Commercial Banking; Mr. Idris Yakubu, Executive Director, Abuja and Northern Region; Mrs.  Markie Idowu, Executive Director, Technology and Service Delivery Channels; and Mrs. Abimbola Izu, Executive Director, Corporate services.
Announcing the new board appointments, the Group Managing Director/Chief Executive Officer of the bank, Mr. Timothy Oguntayo, expressed confidence that the new directors would further strengthen and reposition the bank for improved performance. He congratulated them on their appointments which he said would take effect in June and July 2015.
Sanni, who holds both Bachelor and Master’s degrees in finance from the University of Lagos, was, until now, the Chief Risk Officer at FCMB where he quickly effected the reduction of the non-performing loans and the cost of risk for the institution.
He started his banking career with Zenith Bank, and had worked in other leading financial institutions, including Citibank and Sterling Bank. His experience in these banks covered various aspects of banking including banking operations, corporate banking, commercial banking, compliance and risk management.
Yakubu who holds a B.Sc Accounting degree from the University of Jos, also bagged his M.sc degree in Banking and Finance from the same institution, and an MBA degree from the Ahmadu Bello University, Zaria.
With over 25 years of banking experience spanning Fidelity Bank (where he spent 19 years), Yakubu was until his present appointment, the Regional Director, Abuja and Northern Business, Fidelity Bank, where he significantly grew the business both in size and profitability. His experience covers commercial, consumer, retail banking and public sector. He also has significant experience in corporate banking, financial control and tax planning services.
Izu holds the LL.B and LL.M degree from the University of Ife and University of Warwick, Coventry, England and was admitted to the Nigerian Bar in 1987. A multiple award winner as an intellectual prodigy, she is also an alumnus of the Lagos Business School.
A seasoned legal luminary with several years experience in law practice both in private legal practice and in the banking industry, she started her legal career with Bentley, Edu & Co, moving on to Afe Babalola & Co, and Olaniwun Ajayi & Co.
She started her banking career in with the legacy Bond Bank as pioneer Company Secretary/Legal Adviser. She later became the Company Secretary/Legal Adviser  for Skye Bank, and was at various times, also anchored  the Corporate Communications department of the bank, during  which time she led the team in establishing Skye Bank as a household name and a foremost brand in the financials services industry, from a zero brand position.
She currently oversees the Corporate Services directorate which includes Company Secretariat, Legal services, General Services Department, Corporate Communications, and Sustainability and Consumer Protection Department.
Idowu holds a First Class degree in Computer Sciences from the University of Benin, and a Masters degree in Software Engineering from Aston University, Birmingham, and MBA degree from the Lagos Business School.
She has over 26 years banking experience spanning Commercial Banking, Corporate Banking, Private Banking, and Strategic Planning. She had worked as Head, Corporate Banking Group where she positioned the Bank as a major player in the upstream oil and gas and telecoms sectors. Since assuming duty as Head, Technonlogy and Service Delivery Channels, she has significantly improved the bank’s service delivery via electronic and IT platforms. 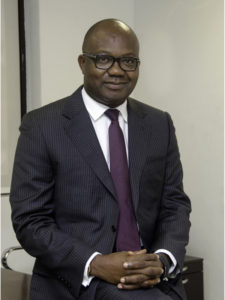 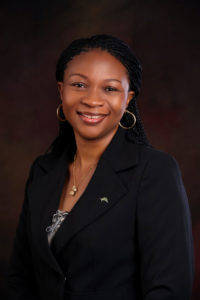 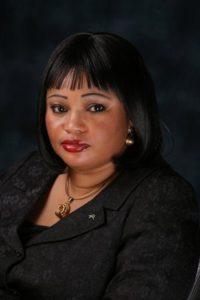