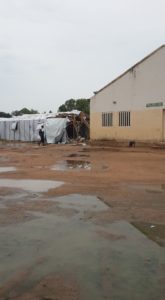 So far seven (7) persons lost their lives and twenty (20) persons were injured in the bomb blast that occurred in Malkohi Internally Displaced Persons camp Yola, Adamawa state. Among the injured seven (7) were treated and discharged while thirteen (13) persons including four (4) NEMA officials are still receiving treatment at Federal Medical Center, Yola. The Bomb, which was planted inside a Tent, went off this morning at around 10: 50am.  Sani DattiSnr. Information Officer11th September 2015
PRNigeria encourages institutions to be transparent in their information management as it provides news items from authoritative sources for free use by the media