Home State Nigerian Army Sets Up A Board Of Inquiry On Ekiti And Osun... 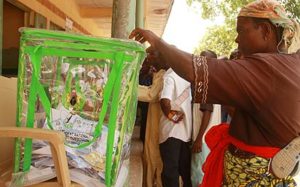 The Nigerian Army has set up a high powered Board of Inquiry (BOI) to investigate among other things alleged malpractices and involvement of its personnel in Ekiti and Osun States Gubernatorial Elections in 2014.
The BOI is to investigate the alleged unprofessional and unethical conduct of some Nigerian Army personnel in Ekiti and Osun States’ Gubernatorial Elections 2014, as well as in any other State in Nigeria where other allegations of misconduct were made during the 2015 General Elections in the country.
As part of its Terms of Reference, the BOI is to also review the involvement of the Nigerian Army formations/units and its personnel in elections and other duties in aid to civil authority.
The essence of the Board is to prevent future unprofessional conduct by officers and men in the performance of the constitutional roles while strengthening Nigerian Army’s support to democratic values and structures in Nigeria.
You are please requested to disseminate this information to the public through your medium.
Thank you for your usual and kind cooperation in giving our releases the desired attention.
Colonel SANI KUKASHEKA USMANActing Director Army Public Relations
PRNigeria encourages institutions to be transparent in their information management as it provides news items from authoritative sources for free use by the media