Home Security Another Suicide Bomber died from IED in Maiduguri 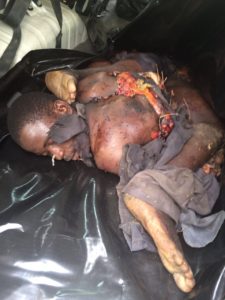 This afternoon, combined team of  Nigeria policemen maintaining security duties at the entrance of Borno State Government   Secretariat, (which was known as Musa Usman Secretariat) in Maiduguri,   intercepted and prevented a male suicide bomber from entering to attack workers based on suspicion.

Unfortunately, in the process of stopping him, he detonated the  Improvised Explosive Device (IED) on his body, instantly killing himself, a policeman and critically injuring another policeman that stopped him from gaining entry into the Secretariat Complex. Sadly, the injured policeman died later.  Similarly, 18 people have sustained various degrees of injuries and  have since been evacuated to hospital for treatment.

Troops have cordoned off the area and evacuated all workers from the Secretariat and reinforced security.  In addition, the Explosive Ordinance Device (EOD) and K9 teams have been mobilized to the Secretariat for screening until it is declared safe.

This unfortunate incident has reinforced the need for more security consciousness and awareness on the part of all of us as the remnants of the Boko Haram terrorists and their sympathizers still mingle with the society. It therefore behoves on all and sundry to ensure that they are detected and prevented from carrying out their dastardly acts.