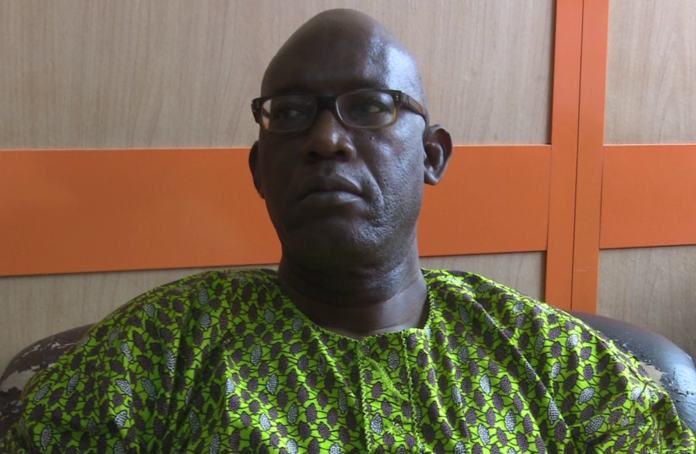 The Economic and Financial Crimes Commission, EFCC, on Tuesday, May 31, 2016 opened trial with two witnesses –  Umar Dalhatu and Abdulkadir Saidu– in a case of alleged bribery involving Abumere Joseph Osagie, a former deputy director, Federal Inland Revenue, FIRS, and one Jamila Ojorabefore Justice O. O. Goodluck of the FCT High Court sitting in Maitama, Abuja.
Dalhatu and Saidu while being led in evidence by counsel to EFCC, Joseph Uzor, as PW1 and PW2 respectively gave detailed account of how the accused persons conspired to obtain a sum of N5million as gratification from the Pro-chancellor, Base University, Senator Datti Ahmed.
The accused persons claim the money was meant to appreciate their services for “arranging tax assessment” for the university.
The act contravenes Section 17(1)(a) and punishable under Section 17(1)(c) of the Independent Corrupt Practices and Other Related Offences Act, 2000.
In his evidence, Dalhatu, a bursar at Baze University, told the court that, some of his core duties were to keep records of financial transactions of theUniversity, pay salaries, liase with regulating bodies like FIRS, NUC among others.
Narrating how Osagie and his accomplice, Ojora, collected the money Dalhatu said,”I joined the University on November 9, 2015. That time, I was made to understand that the tax assessment and audit exercise had been concluded. The registrar told me to go to FIRS and see Jamila and Mr. Osagie. I contacted them, went to their office and arrange for the Pro–chancellor(Senator Datti Waba Ahmed) to meet with them.
“On December 20, 2015, I received a text mesage from the Pro–Chancellor informing me that, Mr. Osagie was in the University on a familiarization tour. I conducted him round the University. During the familiarisation tour, Osagietold me that, ‘you people’ have to appreciate us with the sum of N5million. I called the Pro–Chancellor and gave the phone to Osagie to speak with him.
“Two days after, the University recieved a letter of intent from the FIRS to pay the sum of N20, 029, 496.00 (twenty million, twenty –nine thousand, four hundred and ninety-six naira). The money was paid in installments to a UBA account”, Dalhatu stated.
The PW1 further stated that, “the university requested for the tax clearance,but we were not given.”
Asked why they were not given, Dalhatu said, “the accused persons insisted that, we had to pay ‘appreciation fee’ before it can be issued.
“I reported to the Pro-chancellor (Senator Ahmed) who called Mr. Osagie on January 27, 2016. At about 4:30 pm that day, the Pro–Chancellor instructed me to go to our accountant, Mrs. Juliet Oture, to collect the sum of N5million naira. I collected the money and joined him (Senator Ahmed) in his car. While driving with him, he informed me that, he was taking the matter to the EFCC and we drove straight to the EFCC Head Office at Wuse II”, Dalhatu narrated.
Also testifying, PW2, Saidu, who introduced himself as the personal assistant to the Pro-chancellor, told the court how he was involved in handing over the sum of N5million to Ojora at Sheraton Hotel car park, Wuse Zone 4.
According to Saidu, “I was called by the Pro-chancellor around 6.00pm onJanuary 27, 2015 to come and meet him at the EFCC Head Office in order torun errand for him. When I got there, he gave me a multi–coloured medium size ‘Ghana–must–go’ bag containing the sum of N5million. He called Ojora on phone to inform her that I was coming. I met Ojora at the left wing of theSheraton car park standing by her white Peugeot 408 car. She instructed me to drop the money at the back seat of her car, which I did. She promised to call my boss to confirm that she had recieved the money. Then, I left.”
The case has been adjourned to June 13 and July 12, 2016 for further hearing.
Wilson Uwujaren
Head, Media & Publicity