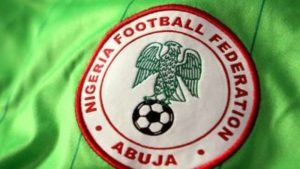 The Executive Committee of Nigeria Football Federation (NFF) on Tuesday clarified the situation with regards to the recommendation of its Technical and Development Committee that Frenchman Paul Le Guen be named the new Technical Adviser of the Super Eagles, saying all sub –committees in the Federation can only make recommendations to the Board.
Chairman of the NFF Media and Publicity Committee, Hon. Suleiman Yahaya-Kwande, dismissed reports in local and international media of the Frenchman’s rejection of the position as simply preposterous.
He told Youths Digest that “The press statement was clear, to the effect that all appointments made at the Technical and Development Committee meeting were mere recommendations, which had to be deliberated upon and agreed to by the Board. No sub –committee in the NFF, except the judicial bodies, takes decisions. They only make recommendations.
“In truth, the Technical and Development Committee perused the profiles of all the coaches who submitted applications and find Mr. Paul Le Guen suitable for the post. But during final negoatiations, he objected to being given a target and also did not wish to live in Nigeria, which was a sore point with the Board.”
Yahaya-Kwande added: “The job of Head Coach of Nigeria is a very big one and there is no way anyone will get such a job without being handed a target. There is absolutely no issue with Le Guen saying he is not coming; several highly –qualified persons would be happy to be named Manager of the Senior National Team of Nigeria.”
By PRNigeria