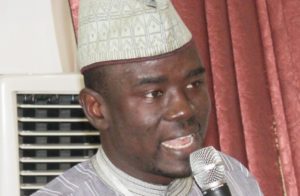 Self-censorship by the media is a moral act of repressing, limiting, holding back or classifying information from public disclosure through mutual understanding. In most cases, editors exercise control over what to investigate and report despite the news value and commercial benefits.

Imbibing the practice of self-censorship also protects journalists and media organisations from prosecution or persecution in the event of negative consequences of their disclosure. For instance, in the evening of April 23, 2015, a credible piece of news on terrorists was issued by PRNigeria, a press release platform. Less than an hour later, the platform sent an SMS to Editors requesting them to embargo a segment of the story that had ‘Thuraya’ with an updated version. The media complied with the ‘directive’ and the intelligence operation was successful.

Several instances abound where self-censorship, through systematic collaboration between the media and security agencies contributed to the success of military operations in Nigeria. Such restrictions serve common interest, especially in promoting best practices, moral standards as well as protecting life and property. For instance, when Nigerian troops had misunderstanding with their GOC in Maimalari Barracks on May 14, 2014, intelligence officers privately appealed to the media to be mindful of the danger of using the strong word ‘Mutiny’ as against a lighter word ‘Protest.’ Mutiny, according to them, is punishable by long jail-terms or death. At least a section the media were considerate enough to substitute the word in attempt to save the career and lives of the soldiers.

Self-censorship has been used in battle of wits among parties in conflicts, not necessarily against the main enemies. There were attempts by some neighbouring countries to rubbish the integrity of Nigerian military by insinuating that our troops displayed cowardice. There was an incidence at a border town in August 25, 2014, followed by an embarrassing media leak from a neighbouring country to disgrace our troops. The then Defence spokesperson, General Chris Olukolade swiftly responded by issuing a statement with military jargon of ‘Tactical Manoeuvre’ which was widely used and celebrated by the media. Surprisingly, few months later the troops involved in the ‘tactical manoeuvre’ succeeded in launching aggressive military assaults and recovered the border town. While the enemies and ignoramuses might be laughing at the drama and the jargon, the military tacticians were focused on victories.

Meanwhile, between the months of January and April 2015 there were series of interfaces between the media and security agencies on planned strategies to recover occupied territories from Boko Haram when Sambo Dasuki was the National Security Adviser. The media bought into the idea of self-restraint over some classified information on the counter-terrorism campaign. As patriotic stakeholders in Nigerian project, most editors became more conscious and prevented the inadvertent revelation of military secrets. While some of the journalists deliberately omitted terrorists’ propaganda from their bulletins, others suppressed news that could be injurious to national security. Till today many Nigerian are yet to know how over 20 towns were recovered in Adamawa, Borno and Yobe States within the short-period of election postponement and before the handing over to Buhari administration in May 29, 2015. The media protected the military strategies and supported our troops throughout the period.

The point here is that while security agencies use weapons to confront criminal elements, the media use their pens to frame the public perceptions on those efforts. The positive media narratives on the counter-insurgency operations, not only boosted the morale of the troops and built the public confidence, the anti-terrorism editorial policies also weakened the fighting spirits of terrorists.

However, conflicts sometimes brew between security agencies who desire to control information and the media that dig for fresh facts and newsworthy information from credible authorized and anonymous sources.

The role of the media is basically to promote public awareness; shape public opinion; influence decision makers and mobilize support and resources for public good. On the other hand, critical institutions are mandated to provide services, gather intelligence and respond to emergencies and educate the public amongst others.

The recent mistrust between security agencies and the media over the arrest of publishers of the Sahara Reporters, Sowore Omoyele and that of the Premium Times, Dapo Olorunyomi is unwarranted and worrisome. More disturbing is the involvement of Nigerian Army in the latest fracas. Surprisingly, the Nigerian Army under the current Chief of Army Staff, Lt. General Tukur Buratai has received tremendous media goodwill and publicity than any branch of security sector in Nigeria. The positive media exposure on the Army is so overwhelming that other branches like Defence Headquarters, Airforce, Navy and other intelligence organs get lesser mentions in the press.

More painful is the fact that the name of General Buratai, one of the finest and humble officers is frequently mentioned in the impasse that the Federal Government and even the Nigerian Army, as an institution disassociated themselves from the legal tussle.

It is also funny that one of the lawyers denounced attempts for a peaceful resolution of the impasse and even threatened to invoke cybercrime law against the media. Cybercrime law was signed by the previous administration to tackle fraudulent and criminal elements not for intimidating the media who have continued to save the military and other security apparatuses from ridicule and imminent exposure to danger.

The Chief of Army staff should be wary of busy-body consultants or lawyers who may wish to profit from the crisis by instigating him to take irrational steps against the media. No one fights the press publicly, especially credible media, in attempt to enforce censorship, not self-censorship, and get away with it unscathed. The security agencies and the media need one another towards ensuring sustainable peace and progress and stability of the polity.

Note: Also on my blog: http://yashuaib.com/2017/02/self-censorship-security-reports/

Towards more transparent sale of forfeited assets, by Ismail Abdulaziz