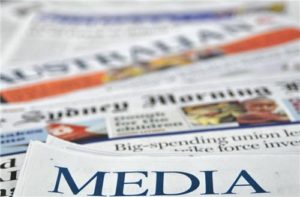 It is imperative that Nigeria media houses made use of fact-checker on pronouncement/write up made by government functionaries and citizens to forestall dissemination of falsehood in the country. Factitious statements have been hauled on innocent citizens of this nation by political jobbers to massage their selfish interest and create confusion in the country.

Their desire is to manipulate fact by dishing out false information on social media and established media which had created confusion in the polity. These jobbers’ aims are to create anarchy in our country and to erase their monumental corrupt past that had created economic recession we are experiencing now.

The power of words and how they were deployed should never be treated with levity because a lot of Nigerians do not have the patience and ability to research for the truth of most of the dangerous stories flying on social media and some established media in the country.

According to Wikipedia, Fact checking is the act of checking factual assertions in a non-fictional text in order to determine the veracity and correctness of the factual statements in the text. This may be done either before (ante hoc) or after (post hoc) the text has been published or otherwise disseminated

Fact checking before dissemination (ante hoc checking) aims to remove errors and allow text to proceed to dissemination (or to rejection if it fails confirmations or other criteria). In the Journal of Communication published, Vol. 66, Issue I (pages 102-138), January 8, 2016, Fact–Checking is a new style of reporting dedicated to assessing the truth of political claims. Fact-checkers directly evaluate the accuracy of the substantive claims made by politicians.

Fact-checking is widely embraced by United States elite news organization such as Associated Press, New York Times, The Washington Post and USA Today as well as broadcasters like NPR, APC, CBC, and NBC.

In Nigeria today, fact-checking is not given vital role in the media organization. In fact, the excerpt from the back page of THISDAY Newspaper of January 17, 2017, titled “ Of Mansion for Gatemen” written by Senator BenMurray Bruce would not have to go to press if THISDAY newspaper had done a fact check on the write up:

According to Senator Bruce, “two weeks ago, the chairman of the Senate Committee of the Federal Capital territory, Senator Dino Melaye, made a startling revelation that shook me and many right thinking Nigerians to our foundation. At a time Nigeria is going through a daunting economic recession, it was revealed that we plan on spending the sum of N250 million to build gate house for the Vice President of Nigeria”.

The falsehood propounded by Senator Bruce have been in circulation on Rhythm FM (Making Common Sense) for almost two weeks before Ministry of Budget and National Planning issued a statement to public to disregard it as misleading and completely false.

“There was no such provision even in the 2016 budget of the Federal Government nor is there any such provision in 2017 draft budget currently being deliberated upon by the National Assembly”.

The Director General, Budget office of the Federation, Dr. Ben Akabueze did a press conference on this issue to refute this allegation made by Senator Bruce stating that there was no such provision in the budget.

Not only that, the story tweeted by  Audu Maikori on the 23rd January 2017 claiming that his driver’s younger brother and five other students of the college of Education Gidan Waya were ambushed and killed by herdsmen. The same day the story broke, the school issued an immediate refusal saying none of their students had been killed and that the school had no department of Mass Communication as claimed by the storyteller.

The consequence of this development is the issue of credibility of news from these media that published false information. Although social media is known for unprofessionalism of publishing news and report on their platform but practitioners like Senator Bruce who had headed the largest news network in Africa (NTA) and being chief executive of Silverbird TV and Rhythm FM to play on the intelligence of Nigerians by advertising falsehood on THISDAY and Rhythm Fm regarding the budget of previous administration making it to be seen as part of 2017 budget estimate of this present administration is disservice to National Assembly and the nation at large.

False news spread like wide fire if not stopped, it creates chaos and agitation in the society. The moment a leading newspaper copy a news story from a tweet and Facebook without verification of the story and went on to publish it speaks volume of professional misconduct. No apology has been rendered to society by Vanguard Newspaper on the Audu Maikori tweets published by Vanguard online news (www.vanguardngr.com), January 24, 2017, 6.30am by Luka Binniyat.

Only God knows how many lives would have been killed or maimed and the hatred that would have been created in the heart of many Nigerians. This action has brought about agitation against the government by some people that Nigeria government is not serious in protecting lives and properties of the citizens.

It has been observed that some of these write-ups were deliberately sent to media houses to incite citizens against present administration. Also, more worrisome is the unpatriotic involvement of some established media organizations to subtly promote hate speech which negates their constitutional role as the fourth estate of the realm.

In view of this development, it is high time for Nigeria Press Council (NPC) to stand up to its responsibility by drawing the attention of media houses to a news story or features articles planted to incite and promote chaos in the society. NPC should be on alert to its duty by identifying any falsehood being circulated through electronics and print media.

Analysis unit of the Federal Ministry of Information and Culture should be re-energized and reactivated to perform its duty of highlighting subtle and dangerous news report/features/documentary to the authorities for further action. Not only that, the Ministry should sensitize the citizens on the right platform to get accurate and genuine news concerning government.

All Ministries/Department/Agencies should ensure that their website is functioning and updated to enable both citizens and media to have access to accurate information. Also, speech made by government functionaries should be uploaded on the website of government institutions for easy verification of issues by citizens.

The government should encourage citizens to set up fact checker organization and invite established fact checker institutions abroad to collaborate with local investors to set up the platform in Nigeria. This will create employment opportunities for Nigerians and brought about professionalism in media houses as well as checked mischief makers in the society.

Nigerians should imbibe the culture of reading and research on topical issues in the society. Reading wide and researching on issues would expose citizens to identify incorrect information on social media, electronics and print media.

Egocentric and selfish politicians are in the habit of testing the feeling and reaction of citizens by passing out subtle and crafted information to incite citizens against the government or their opponent. It is now necessary for regulatory agencies such as Nigeria Press Council (NPC), Guide of Editors, and Broadcasting Organization of Nigeria (BON) to put up impunity measures that will forestall mischief makers from circulating falsehood materials of any nature to media houses in the country.

Ignorance destroys a nation and destroys its people. Nigeria citizens have to be educated, well informed and research oriented to put a stop to falsehood in the society. Nigeria media houses have to embrace fact-checking to sustain their credibility and forestall lack of confidence in the news they relay to citizens of this country.