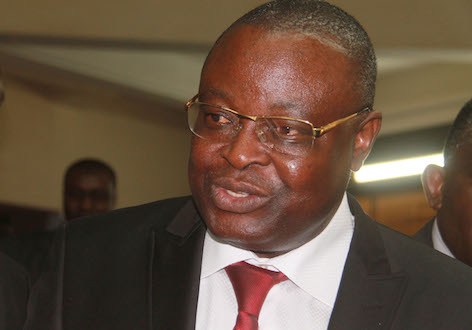 The Supreme Court has on Wednesday berated the counsel to the Economic and Financial Crimes Commission (EFCC), Mr. Rotimi Jacobs SAN for filing an incompetent application in the appeal that emanated from false assets declaration suit brought against the Senate President, Dr. Abubakar Saraki by government.

The Counsel in a trinity application before the Apex Court challenging the ruling of the Code of Conduct Tribunal (CCT) and the Court of Appeal failed to file appropriate exhibits of the two lower courts along with other processes he filed in the court.

Apparently angered by the development at the resumed hearing of the appeal, the presiding justice, Justice Ibrahim Tanko Mohammed told the EFCC’s lawyer who is also representing the federal government, that the court is disappointed that a lawyer of his standing could file such as incompetent application knowing what the extant rules of the court are before such applications are filed.

Justice Mohammed said, “This court is disappointed that a lawyer of your standing should file such an incompetent application”, adding that the Supreme Court did not expect such an application from him.

Efforts to salvage the situation by the counsel failed as the panel of justices of the Apex Court insisted that the application was incompetent.

The EFCC’s lawyer had earlier told the court that the exhibits are part of the records of the court filed, but he was berated that it is untenable excuse as he ought to know better the rules of governing the practice of the court.

Later, he accepted and acknowledged the errors of the application and pleaded that he be allowed to file the necessary affidavits with the exhibits.

As a result of his pleading, Justice Mohammed gave him 24 hours to file the correct affidavits with the exhibits.

The Supreme Court adjourned hearing in the appeal indefinitely stating that the counsel on both sides would be communicated on the next hearing date.

Saraki had through his counsel Mr. Kanu Agabi SAN approached the supreme court to set aside part of the Court of Appeal decision which ordered him to defend 3 out of the 18 count charges on false assets declaration brought against him by the Federal Government.

The Court of Appeal had partly upheld the decision of the Danladi Yakubu Umar led Code of Conduct Tribunal by nullifying 15 out of the 18 count charges against the Senate President for being frivolous and unsustainable.

Saraki in his appeal is praying the Apex Court to uphold the decision of the Code of Conduct Tribunal made in his favour by nullifying and setting aside the entire 18 count charges against him.

However, the Federal government in his cross-appeal filed through Mr. Rotimi Jacobs SAN is praying the court to restore the entire 18 count charges against Saraki on the ground that both the CCT and Court of Appeal erred in law in arriving at their decisions.