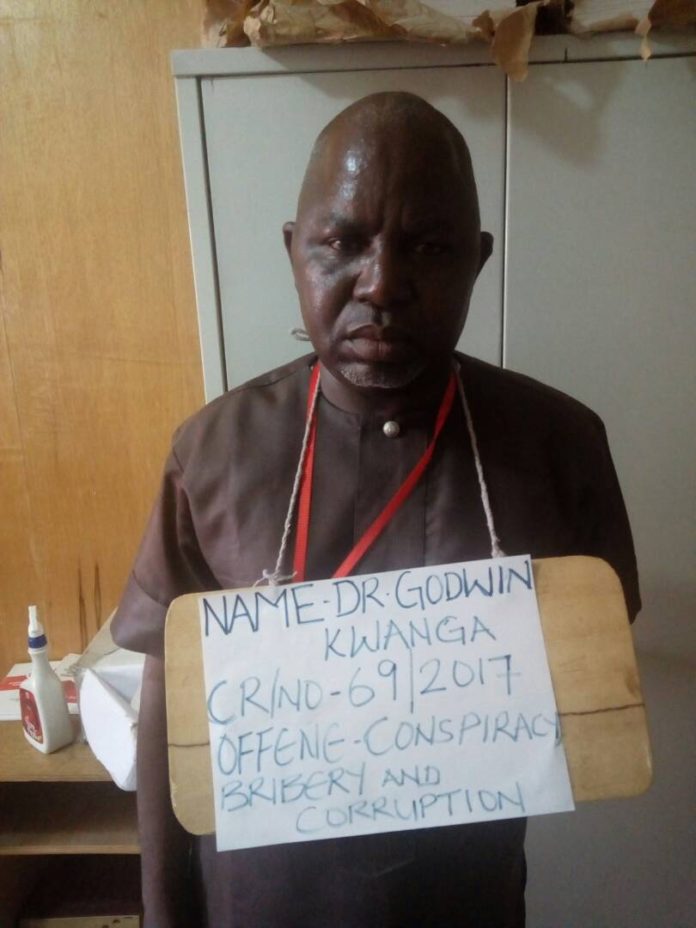 The defendants allegedly used their positions and conspired among themselves to bribe INEC Staff fto influence the out come of the 2015 general election in favour of one of the political parties.

One of the charges preferred against them read “That you JONATHAN AZI NYAKO, USMAN BABA BUKAR and GODWIN KWANGA sometime in the month of March, 2015 at Plateau state, within the jurisdiction of this High Court did engage in a criminal conspiracy among yourselves to commit an offence to wit: conspiracy to corruptly give the sum of One Hundred and Sixty Three Million, Nine Hundred and Twenty Thousand Naira only  (N163, 920. 000.00) to public officers of the Independent National Electoral Commission representing various Local Government Areas of Plateau State and thereby committed an offence contrary to and Punishable under Section 26  (1) (c) and Section 9  (1) (b) of the Independent Corrupt Practices and Other Fraud Related Offences Act 2000 respectively”.
The defendants pleaded not guilty to the charge . Consequently, the prosecution counsel Joseph Uzo requested for a date for trial.
He also requested that the defendants be remanded in prison custody pending the commencement of trial.
Justice Dabup adjourned the case to 11th May, 2018. However, the defendants were allowed to continue with the administrative bail earlier granted by the EFCC. They are further required to sign an undertaking to make themselves available at the trial date.
Wilson Uwujaren
Head, Media and Publicity