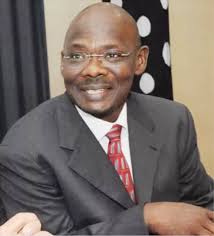 Nasarawa: Gov Sule seeks to Revolutionize Mining Sector
The Governor of Nasarawa State, His Excellency, Engr. Abdullahi Sule, has expressed his determination to revolutionize the economy of his state through the Mining sector, as the state as richly endowed with solid mineral deposits. The Governor stated this when he led a team of technocrats in his cabinet, to pay a courtesy visit on the Permanent Secretary of the Ministry of Mines and Steel Development, Dr. Abdulkadir Mu’azu on Thursday, June 6, 2019 for collaboration.

The Governor while unveiling his mission to the ministry, informed the Permanent Secretary and the Directors of the ministry that his administration is regarding the mining sector as first among equals. He said that barely a week he assumed office and from the findings so far there are a lot of dormant mining licenses issued by the ministry to operators which could be re-issued to Nasarawa State Government for proper utilization if possible. He went further to request for accurate data of informal miners in his state.

Emphasizing the outstanding relationship between Nasarawa State and the Ministry of Mines and Steel Development, the Governor promised to strengthen the relationship with a view to getting the desired support to transform the economy of the state through minerals mining. He however noted insecurity, lack of comprehensive data of companies operating mining activities in the state, lack of technical know-how of the informal miners as some of the challenges militating against the growth of mining industry in the state.

The Permanent Secretary, Ministry of Mines and Steel Development, Dr. Abdulkadir Mu’azu thanked the Governor for considering MMSD as the first ministry to visit after his inauguration. He informed the Governor that his state is one of the most privileged state endowed with over thirty solid mineral resources. According to him in spite of the numerous mining licenses issued to operators in the state about 95% of them are unused.

Also Dr. Mu’azu decried disruption of mining activities in some communities in the state by indigenes; noting that the disagreement is often as a result of the Land Use Act that gives the state government authority over control of lands, of which the communities usually claim ownership. He urged the Governor to use his wealth of knowledge in the oil and mining industries to intervene in addressing this and other challenges that prevent smooth mining activities in the state.

He assured the Governor of the necessary support to boost mining activities in the State. He also appreciated the State Government’s kind gesture in providing accommodation for one of Ministry’s agencies.

For Director(Press and Public Relation),