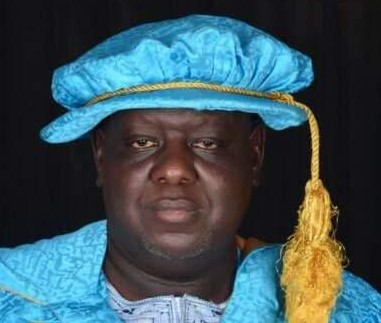 Professor Balarabe Maikaba of the Mass communication Department of Bayero University has died.

He died on Sunday

Maikaba, a former head of department and member of the Senate, Bayero University, died at home after a brief illness.

Although the cause of death was not disclosed, it was gathered that the professor of communication research suffered high fever for four days before his death.

Professor Maikaba has been buried today according to Islamic rites.

Meanwhile, the Kano State government has acknowledged recent deaths in state, attributing them to hypertension, diabetes, meningitis and acute malaria.

According to a statement signed and issued by Comrade Muhammed Garba on Sunday, a copy obtained by PRNigeria, said although investigation into the cause of the deaths was still ongoing, preliminary reports from the state Ministry of Health indicated that the deaths were not connected to the COVID-19 pandemic.

He said the Governor Abdullahi Umar Ganduje had directed the state Ministry of Health to conduct a thorough investigation into the immediate and remote causes of the deaths.

Reports from the state Ministry of Health have shown that most of the deaths were caused by complications arising from hypertension, diabetes, meningitis and acute malaria.

It was recently reported that over the last one week now, an unidentified ailment has been responsible for massive deaths within the Northern region, especially within Dala, Fagge, Tarauni, Nasarawa, Gwale, and Kano Municipal.

The PRNigeria reported the loss of Professors, Banker, Editor, Others to strange illness in Kano and that NCDC is Investigating Death of Selma Ahmed’s Son In-law