Home Security Nigerian Troops Kill Terrorists… Recover Vehicle and Weapons at Gombi
Boko Haram terrorists fleeing from the onslaught of troops met their waterloo in their attempt to enter Gombi town, Gombi Local Government Area of Adamawa State yesterday evening.
The terrorists were engaged by troops of 23 Brigade Nigerian Army in a gun battle that led to killing of quite a number of them, destruction  and recovery of vehicles, motorcycles,  various calibre of weapons and ammunitions.
These includes 4 Hilux vehicles, 3 Anti-Aircraft guns and one .50 inch Browning Machine Gun. Others include 5,000 rounds of  12.7 milimetre ammunitions, 2 boxes of .50 inch ammunitions, 1,000 rounds of Light Machine Gun ammunitions and one Rocket Propelled Grenade 7 tube, as well as one General Purpose Machine Gun.
Unfortunately,  one soldier was wounded in the encounter and he is responding to treatment.
Troops are mopping up the area to prevent further incursions by the terrorists.
Kindly disseminate this information to the public through your medium.
SANI KUKASHEKA USMAN ColonelActing Director Army Public Relations
PRNigeria encourages institutions to be transparent in their information management as it provides news items from authoritative sources for free use by the media 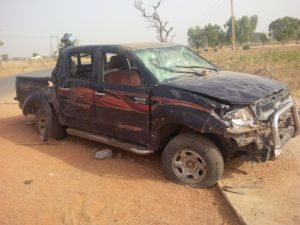 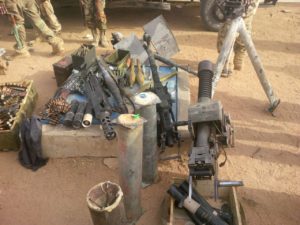 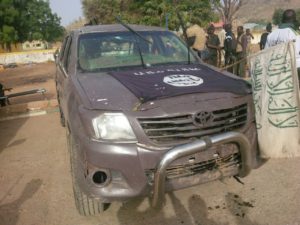