We act for and on behalf of the above listed persons and their distraught families to bring to the fore the injustice meted to them.

The above mentioned persons are all Nigerian citizens whose fundamental rights as enshrined in the Constitution of Federal Republic of Nigeria and African Charter have been abused.

That Captain Labinjo and his wife , Lt Commander Ibe Lambert both had a distinguished career in the Nigerian Navy and served their fatherland to the best of their abilities until their services were unlawfully terminated by the Naval Authority.

That the said dismissal was held unlawful by the Federal High Court of Nigeria and both Captain D O Labinjo and Lt Commander Ibe Lambert were ordered to be reinstated.

That the Nigerian Navy appealed the decision to appeal court and Supreme Court and lost.

Rather than complying with the lawful order of the Federal High Court as affirmed by both the court of appeal and Supreme Court, the Nigerian Navy resorted to self help with the sole aim of denying them the fruit of their judgment.

As if that was not enough, the Nigerian Navy, the naval authority began a systemic and deliberate physical, emotional and psychological attacks of the person of Captain Labinjo, his wife , his children, his friends and businesses.
That the persons listed herein from Nos 3-22 are all employees of Captain D O Labinjo.

That as a result of a sustained, persistent and consistent attack on his person, Captain Labinjo’s health began to deteriorate drastically and had to be flown to India for a life saving surgery.

Sometimes in September 2018, while still recuperating, men and officers of the Nigerian Navy descended on the premises of Captain Labinjo, arrested him alongside his wife.

Thereafter, all Crew of his Ship listed as 3-22 were equally arrested and detained.

That consistent with its now notorious pattern of disobeying valid court order , the Nigerian Navy rather than complying with the said order of release, surreptitiously removed all the detainees to an unknown location.

That all detainees have been denied access to their solicitors, doctors and family members.

That the denial by the Naval Authority of the whereabouts of these detainees raises a grave concern for their safety and well being.

That it is sad that in a democracy, Nigerian citizens were detained for almost a year without bail or trial contrary to the provision of the constitution.

It has thus become worrisome and dangerous that a department or organ of the state has made it a habit to disobey valid order of Court. A resort to self help in this matter calls for an urgent and immediate review by the media and its allies.

Under and by virtue of Section 287(3) of the Constitution which is binding on the Nigerian Navy provides “ The decision of the Federal High Court, a High Court and of all other court established by this Constitution shall be enforced in any part of the Federation all authorities and person…..”

This provision makes it clear that the law is no respecter of anybody. By spreading its dragnet to “ all authority and persons “ the Constitution has simply made it mandatory that once an order is in existence, it must be obeyed , no matter the status of the person or institution involved.

One is bound therefore to ask why the Nigerian Navy is refusing to obey the order of Federal High Court directing the release of all these Nigerian citizens. Is Nigerian Navy above the Constitution?

It’s appalling that Nigerian Navy that is supposed to set good example for other institutions to follow, but they have instead shown a flagrant disobedience to lawful court order by openly promoting lawlessness in our nation from the vantage point of their power and position.

Gentlemen of the Press, apart from Captain Labinjo and his wife , other families involved in this unlawful arrest and detention have suffered untold hardships because their breadwinner have been incarcerated unjustly. 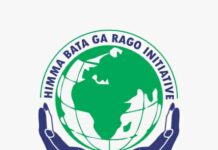 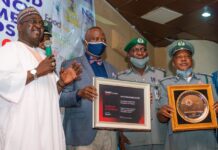 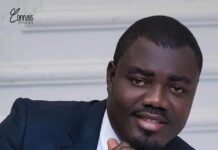 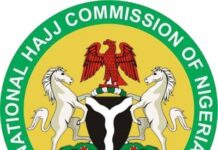 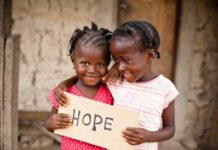 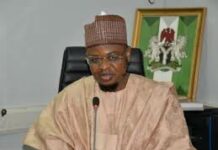 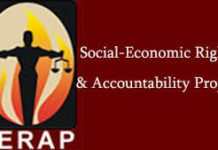 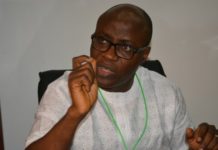 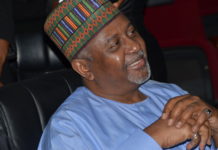 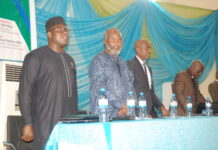