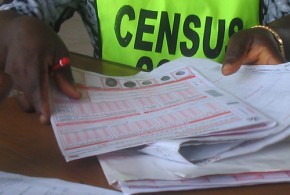 The National Population Commission (NPC) has revealed an improvement in primary School attendance and gender gap in education has been eliminated.

The Chairman of the Commission, Barrister Eze Duruiheoma (SAN) stated this during the official launching of the 2015 Nigeria Education Data Survey (NEDS) report on Tuesday in Abuja.

The NPC Chairman said the Universal Basic Education has improved the transition from primary to secondary school while revealing that the NEDS survey suggests a greater access to schools for the young ones.
He said, between 2010 and 2015 improved access to schools has improved but without similar improvement in the percentage of children in school that can read and write per class.

The survey according to Barrister Duruiheoma was a follow-up on the 2013 NEDS report where households that have children between the ages of 4-16 were revisited.

NPC Chairman said; the Survey that was conducted by the National Population Commission in Collaboration with the Federal Ministry of Education and support of the United States Agency for International Development (USAID) aimed to provide policy makers with accurate and timely data required to formulate courses of action designed to increase enrollment, attendance and learning to achieve Universal Basic Education Commission and Education For All (EFA) goals for the children of school age.

He said: “The Survey will provide a substantial amount of the household-based education data needed in Nigeria and also inform programmes that would improve levels of student enrollment and attendance, as well as facilitate equitable access to quality schooling for all children in Nigeria”.

While presenting an overview of the 2015 NEDS and key findings, the project Director Amaka Ezenwa highlighted the processes which involved intensive training of personnel.

She also listed the methodology as; use of questionnaires and interviews to find out educational indices and educational expenditure amongst other issues such as access to schools and reason for non-enrollment.

The Commission received lots of accolades, praises, encomiums and goodwill messages for a smooth conduct of the 2015 NEDS that resulted in accurate, reliable and produced valuable indicators for educational planning in Nigeria.
Representatives of USAID and United Nation International Children Emergency Fund (UNICEF) encouraged all stakeholders particularly those at States level to take the NEDS data very serious.

In his speech, the representative of USAID Michael T. Harvey said: “I challenge you to give attention to the data from the states of the North-East, which will be critical in helping formulate policies for rebuilding the education sector in that area”.

While thanking the collaborating partners, for their unflinching support, the Chairman of the NPC further urged its partners to continue their supports towards improving Basic Education in Nigeria.

Barrister Duruiheoma also appealed to Nigerians, particularly stakeholders in the education sector to avail themselves of the huge data generated by the 2015 NEDS in the planning, execution and evaluation of education programmes in the country.