Home Features No Recruitment Yet At The Federal Ministry Of Education 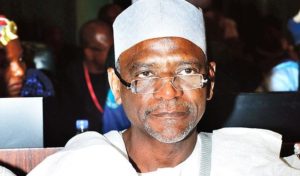 The Permanent Secretary of the Federal Ministry of Education, Dr. (Mrs) Folasade Yemi-Esan has said that the Ministry is not recruiting teachers yet, and that members of the public should disregard any information to the contrary.
2.      The Permanent Secretary who sounded the note of warning today in her office in Abuja said the clarification has became necessary following media reports that some fraudsters are on the rampage, defrauding unsuspecting and vulnerable members of the public by collecting various sums of money and issuing them fake employment letters.
3.      Media reports have specifically indicated that one Mr. Abayomi Owoyale, has defrauded a large number of unsuspecting members of the public by “selling” employment letters to them, purportedly signed by the Permanent Secretary of the Ministry, Dr. (Mrs) Folasade Yemi-Esan.
4.    For the avoidance of doubt, the Ministry wishes to let the public know the following facts:
(a).    That Mr. Abayomi Owoyale is not a staff of the Federal Ministry of Education
(b).     That the Permanent Secretary of the Federal Ministry of Education,Dr. (Mrs) Folasade Yemi-Esan has not signed or asked anyone to sign or issue any letter of employment to anyone on her behalf
(c).   That the Ministry has already commenced investigation into the matter with a view to establishing possible internal collaboration, if  any
d).      It is important for members of the public to know that when the process of employment of the 500,000 teachers starts, it will be given wide scale publicity.
5.        While the Ministry expresses appreciation to those members of the public who have raised the alert over the fake letters of employment, we also commended the Nigeria Police for rising to the occasion.
6.        The Ministry whishes to appeal to all relevant law enforcement agencies to be on the watch and mount the necessary surveillance to detect, arrest and prosecute anyone found taking undue advantage of the unemployed, in the name of giving them letters of employment.  The unwholesome activities of these fraudsters are quite disturbing and heart breaking and regrettable.
7.        According to the Permanent Secretary, Education Ministers, Malam Adamu Adamu and his colleague, the Minister of State for Education, Prof. Anthony Gozie  Anwukah are deeply worried that anyone will think of defrauding an applicant who is already socially, psychologically, and emotionally depressed as a result of his/her unemployment situation.
8.        Members of the public, according to Mrs. Folasade Yemi-Esan, are hereby  advised to maintain the highest level of vigilance, and report anyone asking them to part with money for letters of employment of any kind whatsoever to the law enforcement agents.
Ben Bem Goong
Deputy Director (P&PR)